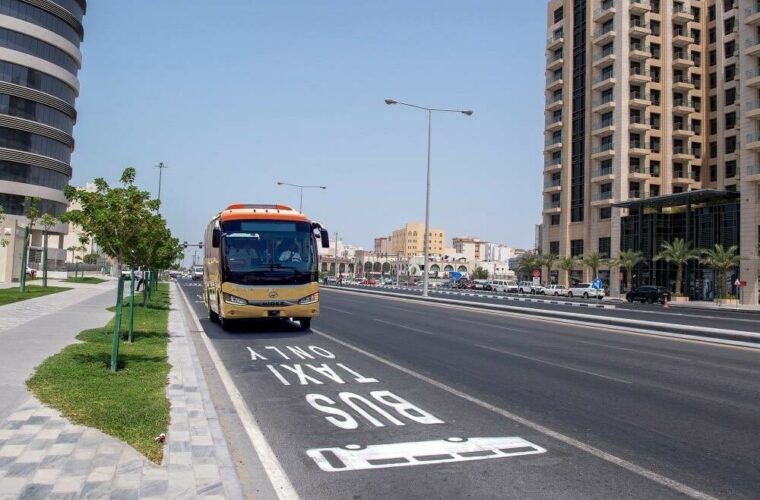 The Committee for Corniche Street closure implementation plan has announced that fines will be issued to unauthorized vehicles on the dedicated Public Bus Lane on A-Ring Road starting from 2 October 2022.

The Committee notes that the lane is designated for the use of public buses, taxis, and authorised vehicles only, adding that relevant authorities will issue fines – based on Article 49 – for all unauthorized vehicles that use the lane. The lane may be used by the public from 2 am – 8 am only.

It is worth noting that the designation of the lane for public buses, taxis, and authorised vehicles only was announced in July as one of the measures designed by the Committee to provide smooth transport experiences for fans during the FIFA World Cup Qatar 2022™.

The A-Ring Road is considered one of Doha’s most vital roads, as it links a variety of commercial and residential areas and service facilities, as well as many tourist destinations.