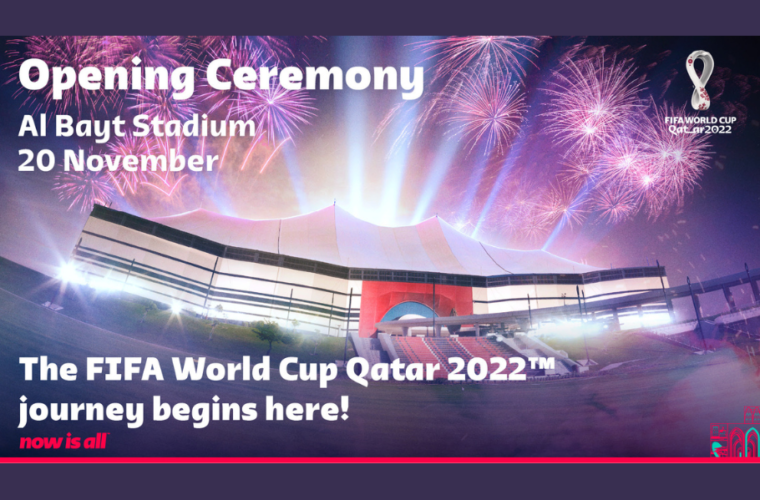 On 20 November, a sparkling opening ceremony inside the Bedouin-tent-inspired Al Bayt Stadium will invite the world to come together in Qatar as the FIFA World Cup™ kicks off for the first time in the Middle East and Arab world. The 30-minute show will be full of surprises, with the main act featuring a performance of Dreamers – another hit single on the FIFA World Cup Official Soundtrack – by celebrated South Korean pop star Jungkook of BTS and Qatari singer Fahad Al-Kubaisi.

The theme of the opening ceremony is a gathering for all mankind, bridging differences through humanity, respect, and inclusion. Football allows us to come together as one tribe and the earth is the tent in which we all live.

The seven-act program will be led by world-class talents that interlace Qatari tradition with worldwide culture and will include tributes to the 32 competing teams, previous FIFA World Cup hosts, and event volunteers. Along with hundreds of performers, FIFA World Cup Ambassador Ghanim Al Muftah and Qatari singer Dana will encourage dialogue on inclusion and diversity.

Spectators at the stadium and TV viewers are encouraged to take their seats at 5:30 pm local time (3:30 pm CET), as this unmissable show will begin at 5:40 pm. At 7 pm local time (5 pm CET), hosts Qatar will take the pitch against Ecuador for the much-anticipated opening match of the FIFA World Cup 2022.