The meeting was held just three days before the inauguration of another FIFA World Cup stadium, the Al Rayyan venue, which will host the Amir Cup final on Qatar National Day.

H.E. Q22 Chairman and Secretary-General of the Supreme Committee for Delivery & Legacy (SC) Hassan Al Thawadi said: "Despite the enormous challenges presented by the ongoing COVID-19 pandemic, major strides have continued to be made during 2020 in preparation for the first FIFA World Cup in the Middle East and Arab world."

"At the start of the year, we marked 1,000 days to go until kick-off, followed swiftly by the digital launch of Education City Stadium. The two-year countdown was celebrated in November and now we are gearing up for the inauguration of the fourth tournament-ready stadium, Al Rayyan Venue," H.E. Al Thawadi said.

"Qatar has also played a major role in hosting top-level football in Asia during the pandemic. Our country stepped in to successfully host matches for the AFC Champions League and is looking forward to staging the final of that competition on 19 December," he added.

Nasser Al Khater, CEO of Q22, said: "With over 90% of all tournament infrastructure completed, our focus has shifted to delivering a unique fan experience in 2022. We are very excited to host two major tournaments in 2021, namely the FIFA Club World Cup and FIFA Arab Cup. Both these events will offer fans a glimpse of our plans for 2022 and serve as key opportunities to test our operational plans and infrastructure readiness to ensure we deliver a unique and remarkable World Cup," he added.

Al Khater continued: "We are also pleased to be welcoming fans for the Al Rayyan Venue inauguration on 18 December. The stadium will reach 50% capacity following the implementation of strict health and safety protocols to prevent the spread of COVID-19. We see this as a really positive end to what has been a challenging year for everyone."

Colin Smith, Managing Director of Q22, said: "Qatar's strong and continued commitment has been key to making steady progress and ensuring that with two years to go the FIFA World Cup project is well on track to being a resounding success.

"2021 will be a key year on the journey to Qatar 2022 as we look forward to two exciting tournaments, the FIFA Club World Cup and the FIFA Arab Cup, which will enable us to test infrastructure and operational aspects of hosting major football competition," he said.

The inauguration of Al Rayyan Venue follows the successful launch of Khalifa International, Al Janoub and Education City. Al Bayt has also been completed and will be inaugurated in the near future. Al Thumama, Ras Abu Aboud and Lusail are in the final stages of construction and will be delivered well in advance of the tournament, which kicks off on 20 November 2022. 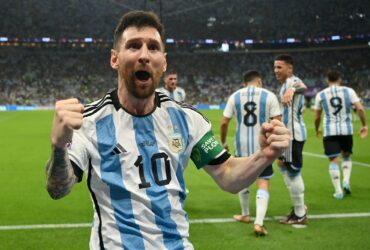