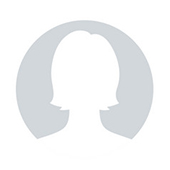 NewsGeneral
Qatar University eyes Billion Dollar Expansion
DOHA,April,16: With a rapid growth in admissions, Qatar University (QU) has embarked on a major expansion project worth QR3.5bn to address the pressure on its existing facilities.

tamimmahaali
NewsGeneral
Doha Film Institute soars with a strong presence at the Gulf Film Festival
Doha,April,16:With four major film festivals between them, along with the lion’s share of the region’s industry initiatives, the UAE and Qatar have numerous creative connections in filmmaking. But it’s a growing relationship, underlined by the Doha Film Institute’s presence at this year’s Gulf Film Festival.

tamimmahaali
NewsGeneral
DAMAC unveils platinum luxury project in Doha
Doha,April,16:Damac Towers by Paramount, is being developed on sought-after platinum real estate in Dubai overlooking the Burj Khalifa and the world’s largest mall. More than 200 units were snapped up in just a few hours, making it one of the most desirable projects in the region. Damac Towers by Paramount comprises a Paramount Hotel & Residences and Damac Maison serviced units – Paramount co-branded serviced hotel residences.

tamimmahaali
NewsGeneral
Team Qatar conducts pre season tests in Italy
DOHA,April,12: The Qatar Team is leaving nothing to chance as it attempts to retain the UIM F1 H20 World Championship title and the Doha-based outfit has carried out a crucial five-day, pre-season test in Italy.

tamimmahaali
NewsGeneral
Doha ranked second among best cities for business
Doha,April,12:Doha is placed second among all the cities in the Middle East and North Africa (Mena) region when it comes to secured business and investment prospects, a latest research found that calculates various employment risk factors in 138 metropolises internationally.