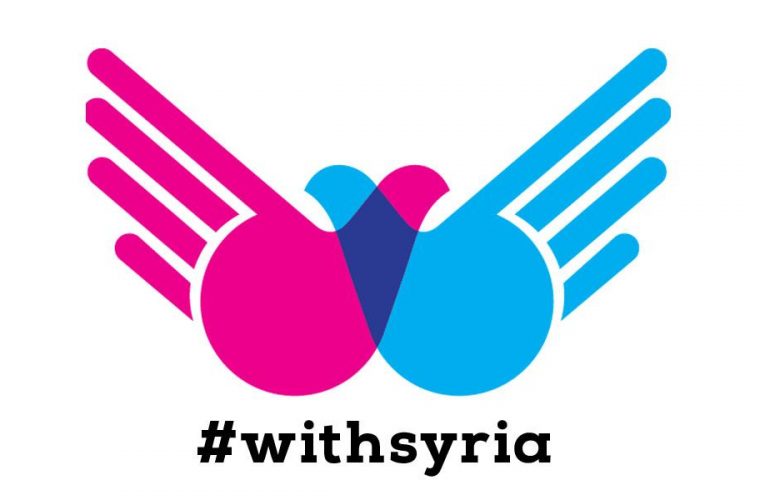 Many of us continue to hear heart-wrenching stories of Syrian refugees desperately seeking safety.

Maybe you’ve seen the shocking statistics: Half the population of Syria is displaced, 40 per cent of children barred from going to school, 50 families every hour forced to flee their homes.

Five years of death and destruction.

Today, 15 March, marks the fifth anniversary of the conflict in Syria.

Hundreds of aid agencies and campaign groups are calling for an immediate end to the conflict. And there are glimmers of hope: a cessation of fighting in certain areas has held since the start of February, as has the promising announcement to withdraw troops. Let us build momentum on these glimmers of hope by showing Syrians we are with them.

Join the #withSyria campaign and stand with Syrians everywhere.

The #withSyria campaign calls on people to show their solidarity by signing the #withSyria petition, joining hands with others, taking a photo and sharing it on social media.

102 humanitarian agencies urged sustained and unconditional humanitarian access to all Syrians in a joint statement. Every day, humanitarian partners on the ground have been delivering life-saving assistance to millions of people in need but 90 per cent of requests for aid convoys to access besieged and hard-to-reach areas are denied.

International humanitarian leaders said in a separate joint statement launched this week, “No one wants to see a sixth year of conflict start on 15 March. Young people across Syria need to hope and believe that their future lies in their homeland... That life holds more than fear, violence and hunger.”

Join the global movement by signing the petition, sharing photos, sharing the statements and stories with your networks. Let us show everyone today that we are #withSyria