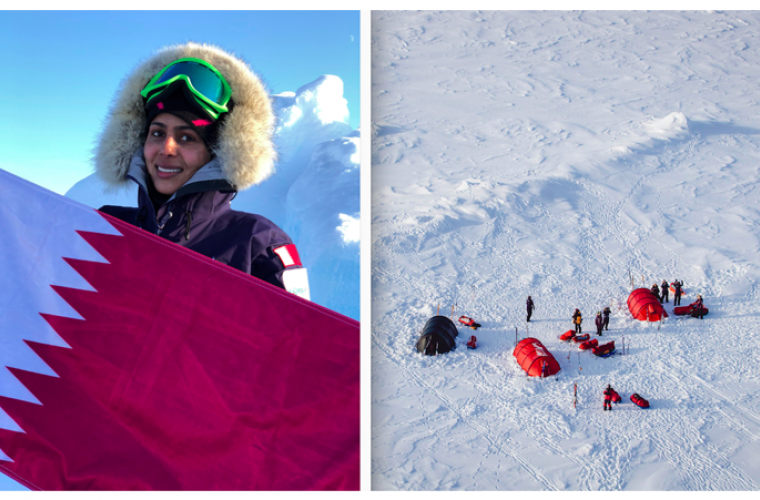 Sheikha Asma Al Thani has returned home to Doha after making history for her country by becoming the first Qatari, male or female, to successfully ski across treacherous terrain in perilous conditions to reach the final degree of the North Pole. Sheikha Asma was part of a novice all-female team comprising women from European and Arab countries who completed the expedition to foster greater dialogue and understanding between Western and Arabian cultures.

After two years of intensive training and preparation, Sheikha Asma left the heat of the Qatari desert to ski 80km across the moving pack ice of the Arctic Ocean, facing freezing temperatures, open leads of water in the sea ice, and the constant threat of polar bears. After eight gruelling days of skiing up to 12 hours a day, Asma raised the Qatari flag for the first time on the top of the world at the North Pole on 21st April 2018. Asma arrived back at Hamad International Airport on 26th April to a surprise welcome from her friends and family who had turned out to congratulate her on her herculean achievement.

Speaking from the North Pole after her incredible accomplishment, an emotional Sheikha Asma said:

“I’m finally here! It’s been two years and a hard, hard journey. I want to thank everyone for all their support - this would not have been possible without the support of so many people and they really helped to get me through this incredible challenge. I am so happy that I made it.

“I hope that this achievement will help everyone believe that anything is possible if you set your mind to it. No challenge is too difficult and no dream is too hard. Go out and make things happen!”

The all-female EuroArabian Polar expedition team were led by veteran polar explorer Felicity Aston MBE and comprised women from Saudi Arabia, Qatar, Oman, Kuwait, Slovenia, Sweden, France, Cyprus, Russia and the UK. The team departed the remote Arctic archipelago of Svalbard in the early hours of 15th April. From there they flew to the floating ice station known as ‘Barneo’ and started their ski journey across the Arctic pack ice to the North Pole. Preparations for the expedition have been ongoing for nearly two years, including training expeditions in Iceland and Oman.

In 2012, the experienced Felicity Aston became the first person in the world to ski across Antarctica alone and without the aid of kites, machines or dogs – a journey of 1744km that took her 59 days to complete. Speaking about her latest trip, Aston said:

“The team have endured the extreme environment and restricted living spaces with great humour and tremendous sense of adventure. They have held on tightly to their reasons for making this trip and each team member has been critical to the success of the expedition.

“The world is facing global problems – such as climate change – that can only be tackled with global solutions. We want to send a strong and positive message about gender equality and the need for greater cultural understanding when tackling large problems.”

After a particularly gruelling last leg of the trip, Sheikha Asma and the team arrived at the North Pole in good spirits. They were met there by their sponsor Eugene Kaspersky who flew out by helicopter to meet and celebrate with them at the top of the world.

This is the second incredible feat that Sheikha Asma has accomplished after she became one of the first Qatari females to reach the summit of Kilimanjaro in 2012 in a charitable endeavour to raise QAR 2 million to build schools in Gaza. In addition to the gruelling training schedule and expedition itself, Asma has been juggling her demanding day-job as Director of Marketing & Communications at the Qatar Olympic Committee, as well as the Doha 2019 IAAF World Championships in Athletics.

Sheikha Asma and the team participated in two important science experiments during the expedition looking at the effect of the extreme environment on their bodies and on their minds.

The expedition was sponsored by cybersecurity firm Kaspersky Lab, as well as Engie, Sports Corner, Poseidon Expeditions, OmanTel and I Feel Slovenia. You can find out more about Sheikha Asma’s personal journey on her Instagram account @atalthani and through the hashtag #AsmaOnIce. More information about the highs and lows of the expedition can be found on the website www.euroarabianexpedition.com. 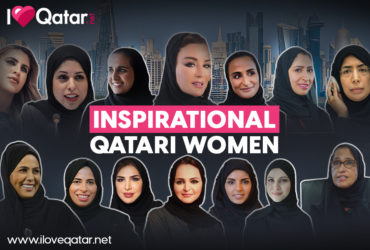 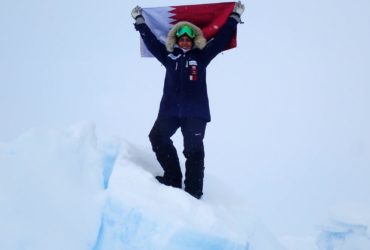 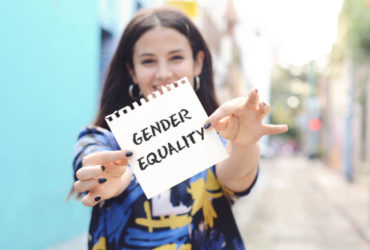 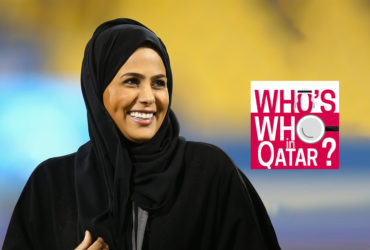 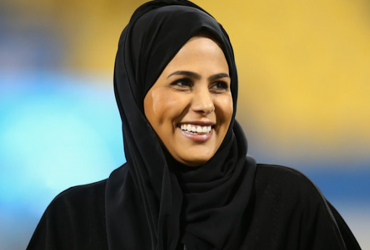