Qatar Airways reintroduces the A380 with daily flights to Perth, Australia starting 6 December 2022 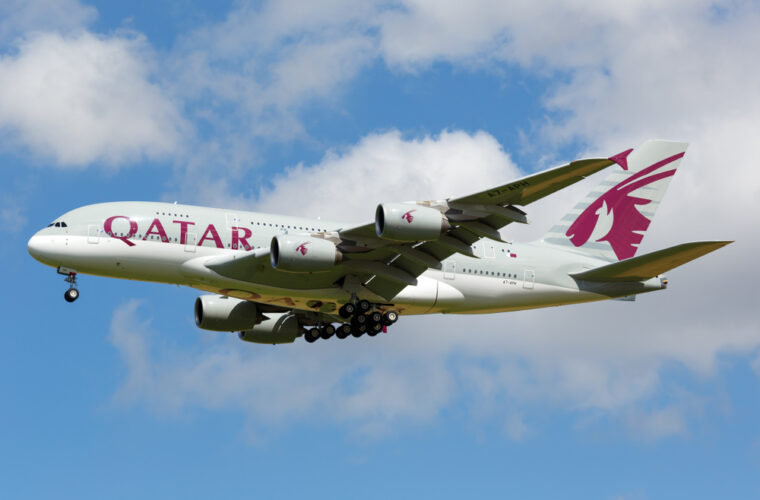 Starting 6 December 2022, Qatar Airways will be increasing passenger capacity on its flights to and from Perth. Previously operated by the Boeing B777-300ER, passengers will now have a chance to journey on board the A380, featuring a three-class configuration of seating over two decks with a dedicated onboard premium lounge. The aircraft will accommodate an additional 163 passengers daily adding up to 517 seats spread across the three cabins: eight First Class seats, 48 Business Class seats and 461 Economy Class seats.

This update is part of the recent strategic partnership between Qatar Airways and Virgin Australia. This expanded codeshare significantly expands the networks, lounges, and loyalty programs of both airlines, bringing substantial benefits and new destinations to travellers. Launched in September 2022, the partnership opens seamless travel to over 150 destinations across the extensive Qatar Airways and Virgin Australia networks, creating a new gateway of seamless travel between Australia, the Middle East, Europe and Africa, including popular destinations such as London, Paris, Rome and Athens.

Perth is one of Australia’s most cultural cities, with its origins woven into many of its landmarks. The increased capacity extends Qatar Airways’ commitment to the Australian community by providing greater opportunities for connections to many destinations in its global network.

“We want to demonstrate our commitment to Australia by continuing the work we did during the pandemic to keep Australians connected. It is imperative for Australian travellers to feel welcome in our city whether they are transiting or visiting Doha. During the much anticipated FIFA World Cup Qatar 2022™, all flights to and from Perth will be scheduled taking into consideration football match timings so that all fans can enjoy the biggest event of the year.”

Throughout the pandemic, Qatar Airways has maintained its Australian services and carried over 330,000 passengers in and out of Australia between March 2020 to December 2021 via both commercial flights and special chartered services. Doha has become a major hub for Australian passengers travelling to the Middle East and Europe, with cities such as London, Manchester, Dublin and Paris proving extremely popular, connecting through Hamad International Airport, the World’s Best Airport for the second year in a row awarded by Skytrax World Airport Awards 2022.