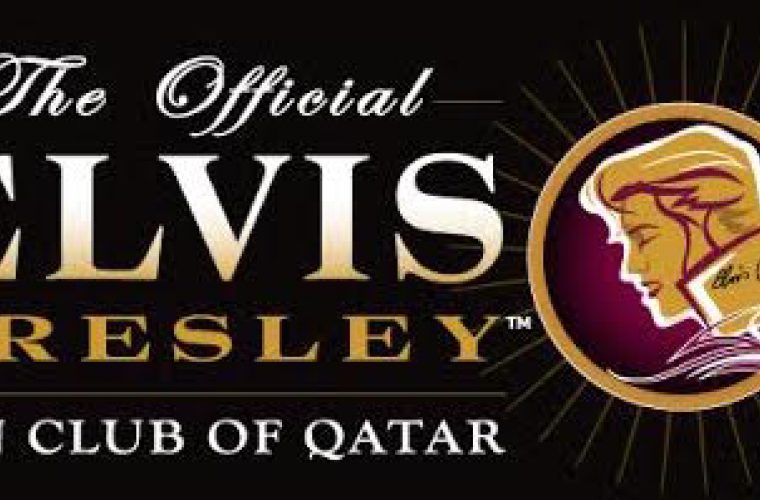 The Elvis Presley Fan Club of Qatar was formed in November, 2014 in hope of establishing a Fan Base in Qatar and the rest of the Arab World. We are the first in Qatar and in the Middle East and are officially recognized and approved by Graceland and Elvis Presley Enterprises, Inc. (EP). Our mission is to raise awareness, preserve the name, memory and music of Elvis Presley as well as Celebrate the life, times and talent that he shared and still continues to share with all of us thru events, speaking engagements, cultural exchange experiences, Elvis Club meet ups, etc. We plan to represent Qatar this year at Elvis Presley Enterprise / Graceland annual Tribute to Elvis Presley called "Elvis Week" . Each August, Elvis fans from around the world come to celebrate the music, movies and legacy of Elvis Presley. Elvis Week always includes traditional events such as the Elvis Fan Club Presidents Event, Graceland Insiders Event, Ultimate Elvis Tribute Artist Contest and an Elvis candlelight vigil plus special concerts, panel discussions, dances and much more from Celebrities who knew the king personally and/or who respected him as a musician. Also, Graceland is the second most visited land mark and visited tourist attraction in the USA with over 500,000 thousand visitors a year. The Official Elvis Presley Fan Club of Qatar in coordination with The Grand Hyatt- Doha & "The American Chamber of Commerce - Qatar" (Am Chamber of Commerce) a non-profit, non-governmental and non-political organization dedicated to fostering mutual cooperation and understanding between Qatar and the United States through trade, commerce and investment" have partnered to Celebrate and Showcase “Elvis Presley” as part of their 2016 Annual celebrated and well reputed "Discover America - USA Week" last February 15th to February 22nd, 2016. 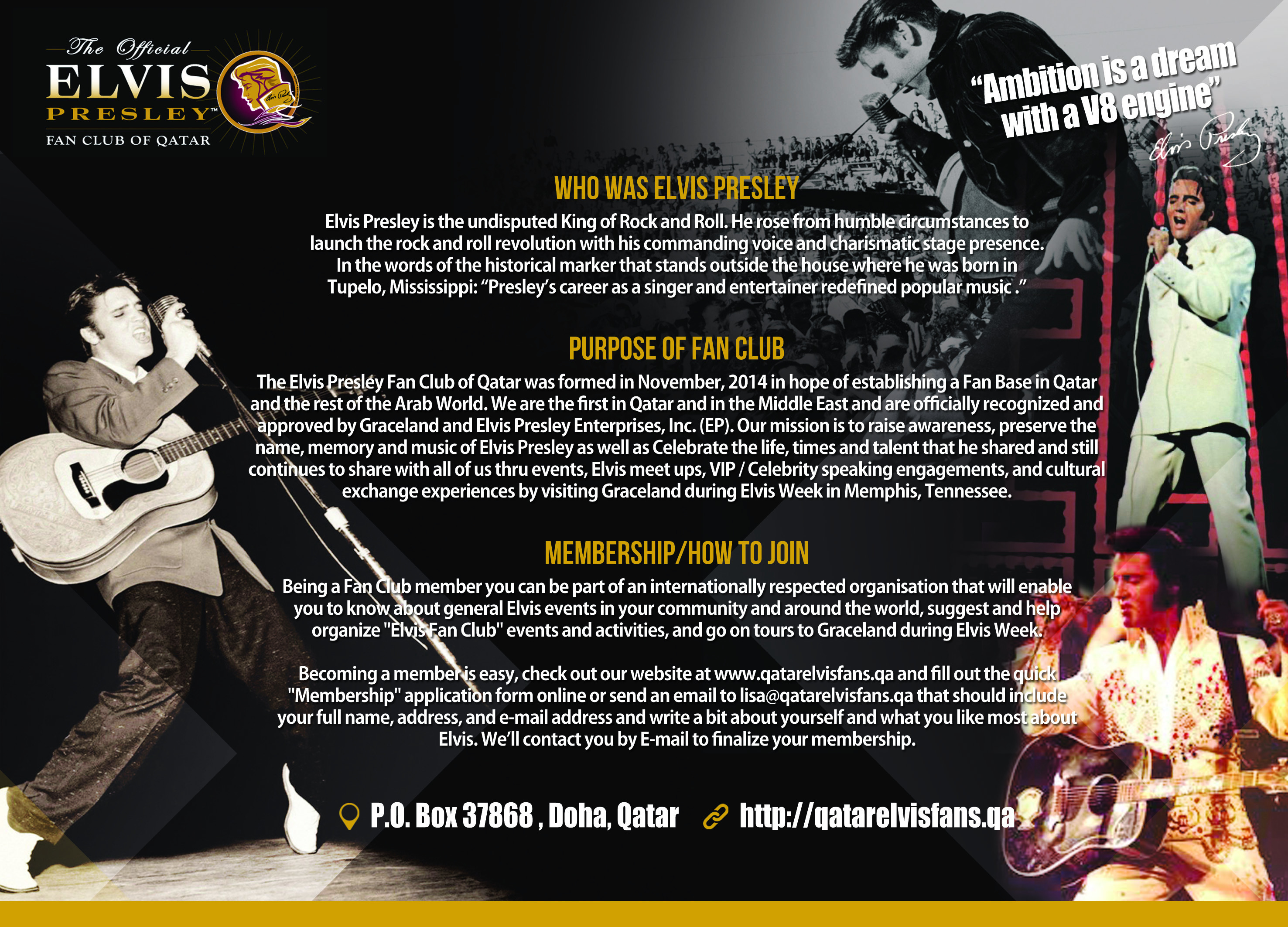 in celebration of the Spirit of American Business, Culture, History, Entertainment & American Music history. Hence, invited two Celebrity guests from the World of Elvis Presley who represent Elvis Presley Enterprise / Graceland and who who were trusted friends of Elvis Presley and still today of Priscilla Presley. Our first Celebrity guest is Jerry Schilling, , a veteran music industry professional who managed The Beach Boys, Jerry lee Lewis and Presley's daughter, Lisa Marie. He is well know for being a trusted friend and confidant of Elvis Presley & part of the Famous Memphis Mafia. Jerry enjoyed an eyewitness take on life inside the gates of Graceland from 1955 to Elvis passing in 1977. He is a Key Representative for Elvis Presley Enterprise and well known Entertainment Consultant. Jerry is currently doing a world tour promoting his latest movie " Elvis & Nixon" set to premiere worldwide in April. The movie depicts “The untold true story behind the meeting between the King of Rock 'n Roll and President Nixon, resulting in this revealing, yet humorous moment immortalized in the most requested photograph in the National Archives.” Additionally, they have also invited Derrill Argo Jr AKA Argo, an American DJ for Sirrus XM Elvis Radio and Host & Representative for Elvis Presley Enterprise; Both guests will be Discover America: USA Weeks’ 2016 Honorary Distinguished Speakers as well as visit Qatar. As Honorary guests staying at the Grand Hyatt – Doha, they have gracefully participated in several below events: