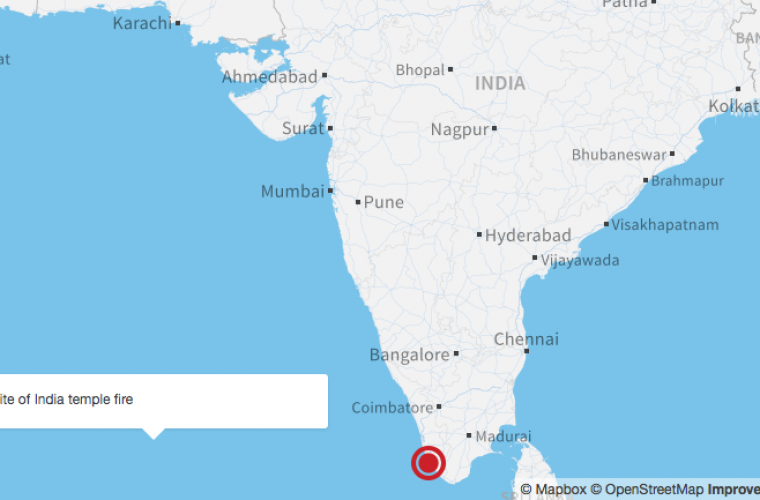 A fire broke out at an Indian temple early Sunday, killing 78 people and injuring more than 200 others, authorities said.

The blaze erupted during a fireworks display at the Puttingal temple in Kerala state, said K. Laljy, a local police official. It occurred at 3:15 a.m.
Sparks from the display ignited a magazine of fireworks, causing a bigger blaze, police said.
The temple did not have permission for the fireworks celebration, according to M.S. Santosh, another police official.
Laljy said the fire is out and emergency personnel are at the scene. 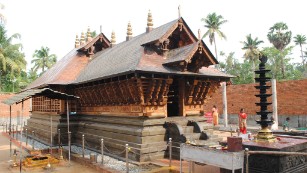 The Puttingal temple seen in an undated file photo.
The worshipers were celebrating a local temple festival, according to P. Prakash, the Kollam police commissioner.
It's not uncommon for people pray at temples early in the morning in southern India.
Rescue operations are underway, though it's unclear whether anyone is still inside the temple.
Indian Prime Minister Narendra Modi said he plans to visit the site of the fire.
"I will be reaching Kerala soon to take stock of the situation arising due to the unfortunate fire tragedy," he tweeted.
India has seen a handful of lethal fire breakouts in recent years.
In September an explosion in central India caused by mining explosives killed nearly 90 people. And nine people were killed in a 2014 train fire.
Another blaze in February shut down a performance in Mumbai. No casualties were reported.