ILQ Globetrotter: Honesty is the best policy in the 7,107th Philippine island! 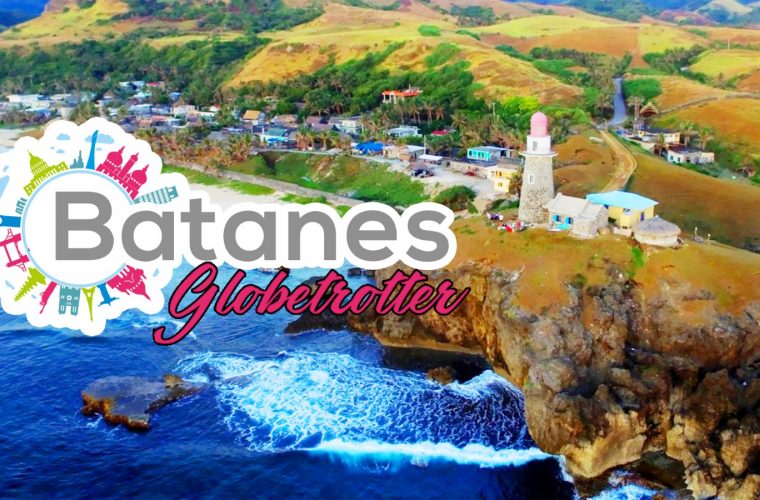 The ILQ team last month had the golden opportunity to check out and explore one of the Philippines' most well-kept gems—the islands of Batanes!

A combination of the words 'Batan' (the local word for the Ivatan tribe) and 'Nes' (meaning islands in Greek), catching a direct flight from Doha to this far-off Philippine destination is twelfth of never as you need to pass through either the Manila or Clark Airport first before reaching the unheard of Basco International Airport.

Basically an archipelago province, Batanes is the northernmost province in the Philippines and also the smallest, both in population and land area. It is situated about 190 kilometres (120 miles) south of Taiwan.

And because the government is currently aiming to push for the site's inclusion as an official UNESCO World Heritage Site real soon, Batanes is among the many emerging tourist destinations in the Philippines with 3,635 visitors landing at the Basco Airport in January 2018—a 23% increase compared with the same month last year. In February, Basco took in a total of 4,673 record tourists.

Although almost one-half of the whole province's landscape is made up of hills and mountains, Batanes is still blessed with three inhabited islands—out of the ten—namely Basco, Sabtang, and Itbayat—the least populated of the three.

For the purpose of this article, our focus will be on the most touristy island out of the three, which is Basco—where the iconic and legendary Honesty Store can be found.

Our team arrived at the airport with a relatively light luggage as we were recently briefed that once you're in Batanes, you'll never run out of golden-hearted locals to help you out in the event that you forget to bring any item from your country of origin!

Luckily for us, we were able to compress everything inside our individual backpacks!

There is a misconception that Batanes is constantly being battered by typhoons throughout the year because it holds the northernmost weather station in the Philippines, thus its moniker 'The Wind Province.' With August being the rainiest month and April the driest, we're quite in for a challenge to touchdown in the month of May, when the summer is at its peak.

As warm as the weather is the Ivatan's reception each time they chance upon visitors touring their land. Besides the unwavering smiles on their faces, a non-Ivatan would surely notice one great trait that only the people of Batanes possess: they're downright honest!

A landmark that lives true to the Ivatans' legacy is the above-mentioned Honesty Store where you buy items the Do-It-Yourself (DIY) way!

The idea is, when you buy something, you need to pay the exact amount of Peso (the Philippine currency) or else, you won't get any change.

You might be asking how. Well if you're liking the idea so far, here's a more detailed way of buying goods and souvenirs from Batanes' Honesty Store:

The shop is divided into two parts. The right side is for souvenirs and the left one is for food items. They also have a canteen where you can order a local delicacy at a very reasonable price.

There are no staff to answer your common question that's why every item being sold at the Honesty Store is equipped with a tag price.

3. Once you have everything you need, proceed to the counter and pay

Here comes the exciting part. When you come face-to-face with the payment counter, you'll be shocked to know that even during the payment stage, you would still have to DIY! There's a hole where you can drop your coins and bills and it's all up to you whether you'll pay the right amount or not! If you drop excessive cash, don't expect for a change. We told you already—there's no staff to guide you through!

4. Key in your transaction!

As receipts are unlikely, you need to use the logbook in the payment counter to write down your name, the item that you bought, and its price.

5. Reward yourself with another visit to the Honesty Tour for being kind-hearted!

You can always go back and buy another souvenir, of course.

There are more worth mentioning things to do, meals to sink your teeth into, and places to explore at the marvelous islands of the Batanes province in the Philippines. But for the sake of keeping you in tuned in our website, we're reserving these exciting information for you in the future!

Some of the most awesome spots to visit in Basco besides the Honesty Store are the Marlboro Hills, Basco Lighthouse, Tukon Church, and Mount Irayat!

Qatar Airways operates flights to Manila and Clark, Philippines on a daily basis and while the island province of Batanes is accessible by air either via the Basco Airport or Itbayat Airport, there are two flights daily from Manila and Clark by Sky Jet Air and Philippine Airlines. Cebu Pacific Air started offering daily flights to Basco Airport since last March 25, 2018.

To know why Morocco is the best country to traverse for backpackers, click here.

To know the five reasons why you should book a flight to Sri Lanka right now, click here.

To know why Istanbul is the most ideal city to visit from Qatar, click here.

Did this article make you wanna book a flight to Batanes, Philippines soon? And what do you think of the Honesty Store? Do you think it's worth a visit? Drop us a line in the comments below and also, don't forget to like and share this article—it keeps us going!

There are multiple advertising possibilities with the ILQ network, drop us an e-mail at [email protected]tar.net for inquiries!