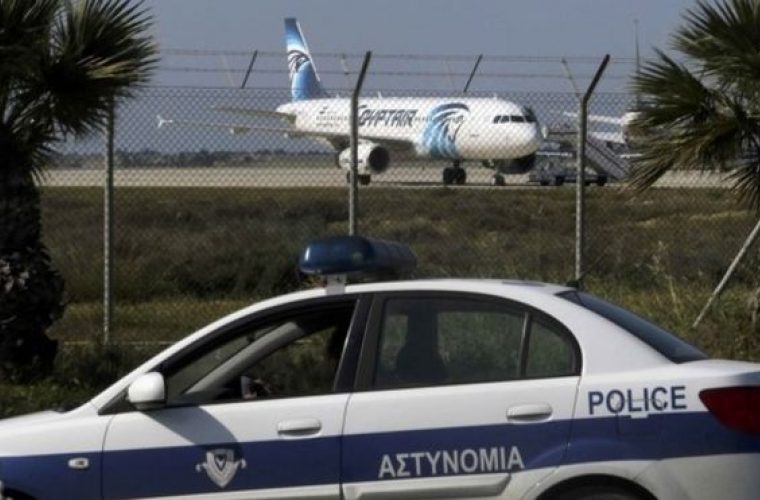 Flight MS181, an Airbus A320 carrying 81 passengers from Alexandria to Cairo, was taken over after a passenger said he was wearing an explosives belt.

Negotiations are under way but no demands have been made by those in control of the plane, reports say.

A local journalist has told the BBC that some passengers had been seen leaving the plane.

Larnaca airport has been closed and scheduled flights diverted elsewhere.

"The pilot said that a passenger told him he had an explosives vest and forced the plane to land in Larnaca," the Egyptian civil aviation ministry said in a statement. (Source)