Efforts to aid and rebuild Gaza 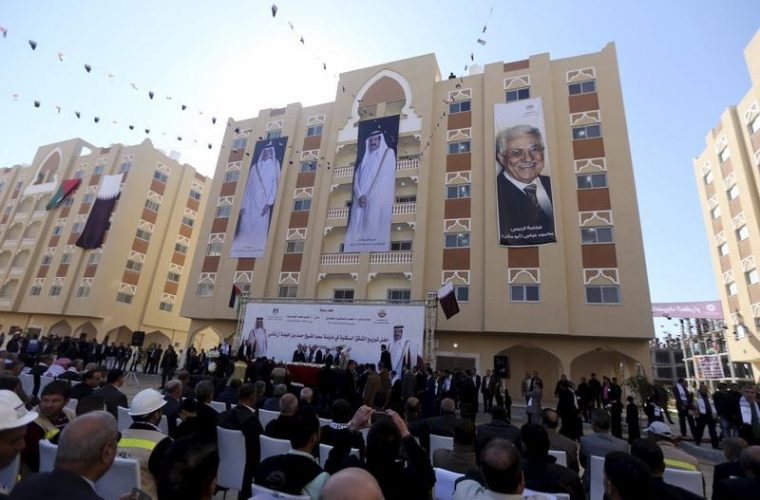 Decades of the ongoing Palestine-Israel conflict and countless attacks to destroy Palestinian cities and villages, kill Palestinian civilians including children and occupy large parts of Palestinian land, have left Gaza demolished and in ruins and trauma. Homes, schools, Universities and hospitals were taken and destroyed, making life very difficult. Qatar has aided Palestine with various charities, supporting the people especially in the most recent crisis in 2014. There is even a Qatari National Committee for the Reconstruction of Gaza, under the leadership of Ambassador Mohammad Al-Amadi, dedicated to actively change the lives of Palestinians living in Gaza. What their projects entail and what achievements have been made already, will be unveiled to you!

Starting with some of the achievements, Al-Amadi signed contracts for $32 million last June, confirmed fruitful cooperation with Palestinian Authority and Israeli officials to remove obstacles to supply of goods like wood caused by the occupation, and reported on a memorandum of understanding (MoU) between the Palestinian Authority and Israel to link the Gaza power plant with the gas line and to expand on the plant to increase electric energy in September of last year.

In January 2016, Al-Amadi returned once again to the Gaza strip, meeting with Deputy Palestinian Parliament Speaker Ahmed Bahar, to revisit the guarantees made by Qatar to ensure continuous support, a “decent” life for people in Gaza and entrance of materials for reconstruction. Earlier that month, Qatar had just completed the first phase of a residential project in Khan Younis, called Sheikh Hamad City, that serves to provide new apartments and homes to residents. The Palestinian Minister of Public Works and Housing in Hamas, Mufeed Al-Hasina announced that through an electronic draw 860 beneficiaries were going to benefit from this initial stage. In 2012, when former Emir Sheikh Hamad bin Khalifa Al-Thani visited Gaza, Qatar pledged $407 million for the reconstructions, and the developments are starting to show.

As part of the grant, a contract for new projects was just signed on the 19th April, by Al-Amadi and Al Hasina. Having spent $300 million so far, Qatar is now developing the first phase of Hope City, homes for detainees and former detainees, a rehabilitation center in Khan Younis, and supply and installation of medical equipment for the Hamad Rehabilitation and Prosthetics Hospital. Politically, Qatar made various efforts to mediate in regional conflicts, as for example in the Palestine-Israel conflict’s peak in 2014, as well as within Palestine with reconciliation talks between Fatah and Hamas, the two largest factions in Palestine, and to lift the Israeli-led siege imposed on Gaza.

With reconstruction underway, education - being key to changing lives anywhere in the world – is emphasized through Qatar’s support. This year, Al-Fakhoura Foundation-Qatar has donated $4.6 dollar to United Nations Relief and Works Agency for Palestine Refugees (UNRWA) to support the number of 43 UNRWA schools in the Gaza strip. Many of the UNRWA schools served as shelter for displaced adults and children, after the summer of 2014. Now they will slowly recover their original purpose of being schools to Palestinian children. Al-Fakhoura also announced additional 100 scholarships to the 600 existing ones for Gaza’s university students, with the intention to pave the way for Gaza’s future leaders.

The efforts, projects and significant help, are vital in improving the lives of Palestinians, helping Palestinians support their country, and offer solidarity in the struggle for freedom. This brings new hope for ever-growing efforts and better living conditions, as well as a future that is not filled with fear. May this also incite international efforts to ensure peace and offer essential aid.