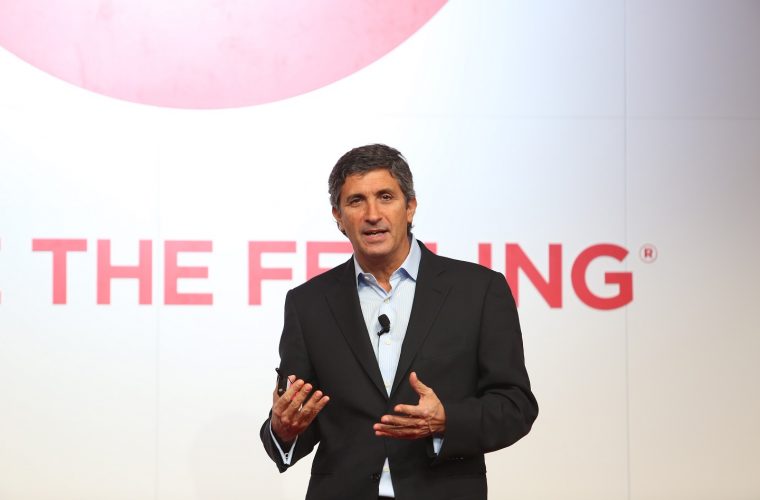 The “Taste the Feeling” campaign, which uses storytelling and everyday moments to connect with consumers around the world, extends the global equity and iconic appeal of the original Coca-Cola across the trademark, uniting the Coca-Cola family under the world’s number one beverage brand.

The ‘One Brand’ strategy features the product at the heart of the creative, celebrating the experience and simple pleasure of drinking a Coca-Cola, any Coca-Cola. It also underscores the company’s commitment to choice, allowing consumers to choose whichever Coca-Cola suits their taste, lifestyle, and diet. The “Taste the Feeling” campaign will be rolled out across the Middle East and North Africa region in the first half of 2016 starting from Morocco, with strong focus on outdoor, visuals and digital advertisements.

“Every day, millions of people around the world reach for an ice cold Coca-Cola,” said Marcos de Quinto, Chief Marketing Officer, The Coca-Cola Company. “The new ‘One Brand’ approach will share the equity of Coca-Cola, across all Coca-Cola trademark products, reinforcing our commitment to offer consumers choice with more clarity. This is a powerful investment behind all Coca-Cola products, showing how everyone can enjoy the specialness of an ice-cold Coca-Cola, with or without calories.”

Added de Quinto: “More than ever, we recognize people want their Coca-Cola in different ways, but whichever one they want, they want a Coca-Cola brand with great taste and uplifting refreshment. Through the‘One Brand’ strategy we will move away from multiple brand campaigns, to one single iconic brand campaign that celebrates both the product and the brand.”

The creative campaign is anchored in the fundamentals of the Coca-Cola brand – the Spencerian script, the red disc and the iconic glass bottle – but with a modern take, featuring authentic and real moments with the product at center stage. The Middle East campaign will be localized across the region by launching more than 100 unique visuals with translated taglines. There will also be a separate Ramadan campaign launched closer to the time.

For more information, to see the commercials and view the campaign images, please visit www.coca-colacompany.com/tastethefeeling.