Ashghal to install hundreds of chargers, inverters at 41 charging stations for electric buses 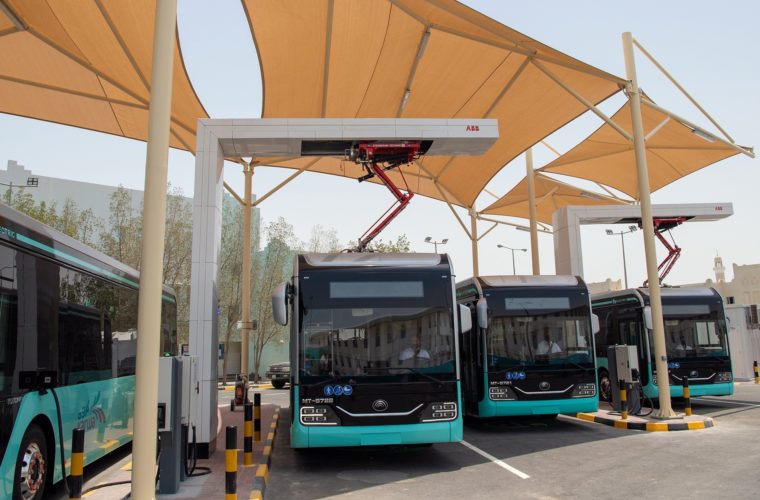 As part of the State’s strategy to shift to clean energy within the Qatar National Vision 2030, the Public Works Authority ‘Ashghal’ announces beginning of installing 653 electric chargers and 713 inverters in 41 charging sites under construction for the Public Bus Infrastructure Program to serve the fleet of electric buses to operate according to the plan set by Ministry of Transport and Communication.

Within this project, Ashghal will build various electrical charging points inside and outside Doha and provide all electrical utilities and other necessary infrastructure to connect chargers with electrical transformers and various power stations.

As part of the State’s strategy to shift to clean energy within the Qatar National Vision 2030, #Ashghal will install 653 electric chargers and 713 inverters in 41 charging sites to serve the fleet of electric buses as per the plan set by Ministry of Transport and Communication pic.twitter.com/ZG9reUUEFx

Ashghal will construct the largest electric charging station in the region, which operates on solar energy and monitor & control the operation of all the sites involved. High-efficiency solar cell shades will be established, becoming the first bus station in the region working purely on solar energy source, one important aspects of renewable energy. These sheds containing 10720 solar panels will generate 4 megawatts per day, as they will work alongside traditional sources (power station) to feed the energy needed to operate the project with highest standards and latest specifications.

Eng. Abdulhakim Al Hashimi, Head of Public Projects at Building Projects Department clarified that Ashghal will provide necessary infrastructure for charging electric buses and install various types of chargers including double gun chargers, single chargers to charge buses from any side, and pantographs (fixed and moveable) for charging from topside. Ashghal will also construct special chambers for feeder transformers with provision of electrical installations with a length of about 100 km. Eng. Al Hashimi added that the executing company of this project is a local firm as part of the state’s endeavor to support the local private sector.

Upon completion, the Public Bus Infrastructure Programme aims at integration with various public transport systems especially for supporting transport operations for FIFA World Cup Qatar 2022 and beyond. The program also aims at increasing the number of public transport users during the next few years by introducing quality means and facilities with highest specifications and global technology, depicting the identity of public transport sector in Qatar.

Ashghal will also set up 2,700 bus stops on all major roads, with air-conditioned cabins to wait inside to prevent sunlight and humidity. This will be great comfort for thousands of bus users in many areas.

All the concerned entities are working together to implement a strategy to shift to clean energy in transportation sector, to reduce carbon emissions from traditional vehicles and improve quality of the general climate in Qatar. One important goal of this strategy is to support public transport operations during the conduction of FIFA World Cup Qatar 2022, making Qatar the first in the world in hosting the tournament by using environmentally friendly electric vehicles, while integrating with various means of public transport systems.

If you have anything you want to share with us, send us an e-mail at co[email protected]!