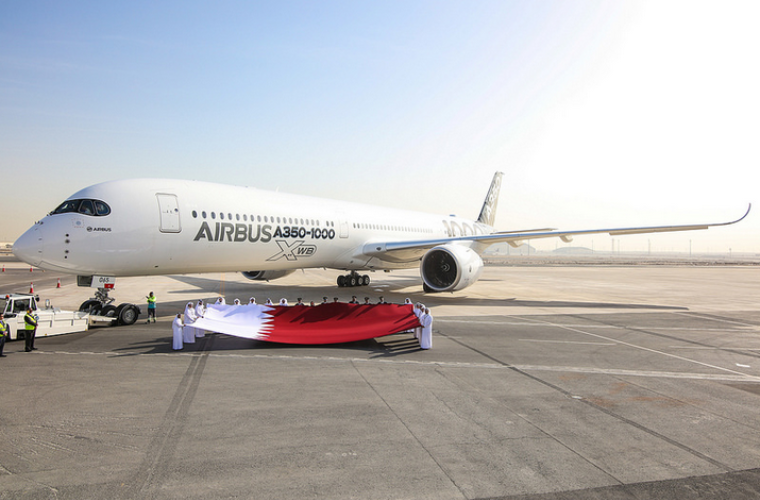 Airbus continues to insist that there is no risk to the A350’s safety and says the issues put forth by Qatar Airways are non-structural, an assessment shared by the European Union Aviation Safety Agency (EASA). which did, however, issue a preliminary warning that patches of the anti-lightning system may have been “poorly fitted” on over a dozen Airbus A350 jets. Qatar Airways, on the other hand, does not believe Airbus has actually determined the root cause for the surface degradation issue that has occurred on young A350 jets.

Gulf carrier Qatar Airways doesn’t believe Airbus has actually determined the root cause for the surface degradation issue occurring on young A350 jets — manifesting in over 8 kinds of defects across the fuselage. Take a look 👇🏽pic.twitter.com/6mFdfrrahK

In an interview with Airbus Chief Executive Officer Guillaume Faury, Aviation Analyst Alex Macheras asked Airbus if it will publicly commit to establishing the ‘root-cause’ of the A350 'surface degradation' issue affecting Qatar Airways and some other airlines. Alex said the former CEO of Airbus Fabrice Bregier had commented on the high expectation of the airline, and said that with the next CEO Guillaume Faury, each A350 will "satisfy ever requirement".

Faury had this reply to give in the interview:

"Actually, we (Airbus) disagree with the most fundamental assessment which is made that the painting issue is a safety concern and has an impact on airworthiness, and that's what we are challenging and disagreeing with, and that's the main reason why we are in that disagreement with Qatar Airways. I don't like that situation, we take it serious and we want to defend our product at a time where we think what is said is not appropriate. So, that's basically where we are today."

New – with CEO of Airbus:
I ask if Airbus will publicly commit to establishing the ‘root-cause’ of the A350 surface degradation issue affecting Qatar Airways & some other airlines? ✈️ Here’s what @GuillaumeFaury had to say 👇🏽 #Airbus pic.twitter.com/9JokfzMI2y

Right now 20 Airbus 350s are grounded in Doha and Qatar Airways is claiming more than $600m in compensation from Airbus for surface flaws, as per a court document that says that this feud is worth $4m a day. The two companies have been in a disagreement for months about damage including blistered paint, cracked window frames or riveted areas and erosion of a layer of lightning protection.

The Qatar Airways Group CEO Akbar Al Baker has urged Airbus to admit that it has a "problem with flaws on the surface of its A350 jets". Al Baker has said that Qatar Airways would not be buying the A350 freighter planes from Airbus anymore and will be dealing with Boeing instead, according to a news report by Reuters.

He also confirmed that Qatar Airways had grounded 20 of the A350s in a dispute over paint and surface damage, and told Airbus to stop any further deliveries to Qatar.

According to the South China Post, the faults on the A350s have been described as "blistering in the planes’ finish, exposing fuselage beneath", and Al Baker has accused Airbus of destroying its business relationship with the carrier, and also warned that it would not be easy to repair the relationship it previously had with Airbus.