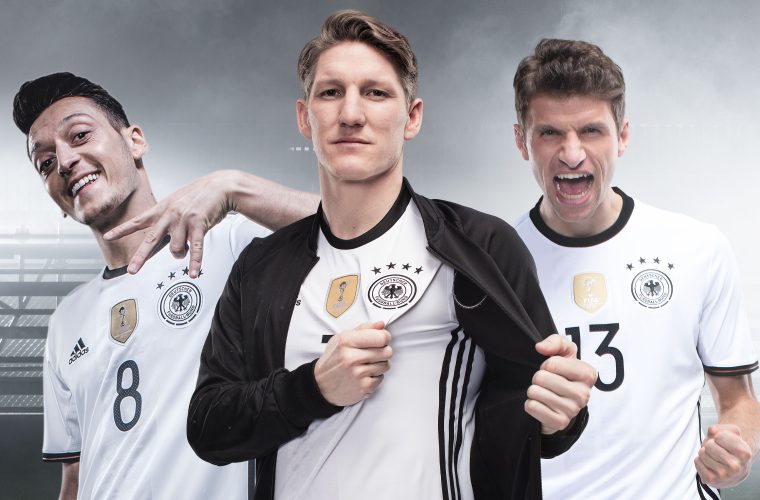 One of the longest and most successful partnerships in sport continues Today, the German Football Association (DFB) and adidas officially announced the extension of their long-term partnership. DFB President Reinhard Grindel and Herbert Hainer, CEO of the adidas Group, confirmed in Paris that adidas will remain the Official Supplier of the world’s largest sports federation until 2022.

During their over 60-year partnership, the DFB and adidas have celebrated many sporting successes including four World Cup and three EURO titles for the German men’s national team as well as two World Cup and eight EURO trophies for the women’s team. As part of the new agreement, adidas will continue to be a dedicated and reliable partner not only to the DFB but also to its national associations to further develop football in Germany on all levels.

“We are looking forward to continuing our close and trusting cooperation with the DFB”, said Herbert Hainer, CEO of the adidas Group. “We belong together, as both the DFB with its national teams and we as an international sporting goods company excellently present Germany around the globe. We represent everything the ‘made in Germany’ seal of quality stands for we are successful, we are innovative and we deliver quality we are cosmopolitan, multi-cultural and bring joy. As part of our long-term strategy, we will increase our production volume in Germany again and plan to also produce the DFB jerseys directly in our home market.

“These were the most transparent, most demanding and ultimately for the DFB the economically most successful negotiations in the history of our Association. I am very pleased that we've managed to extend the contract with adidas, our partner for decades. adidas is reliable, knows the DFB and is supporting us with upcoming innovations such as the construction of the new DFB academy or the further development of fussball.de. We will use the money to make the DFB and German football even better. Our investments will be focused on both professional football and the work done at the grassroots level. We will also strengthen our national associations and further improve in particular our talent promotion programmes,” said DFB President Reinhard Grindel.