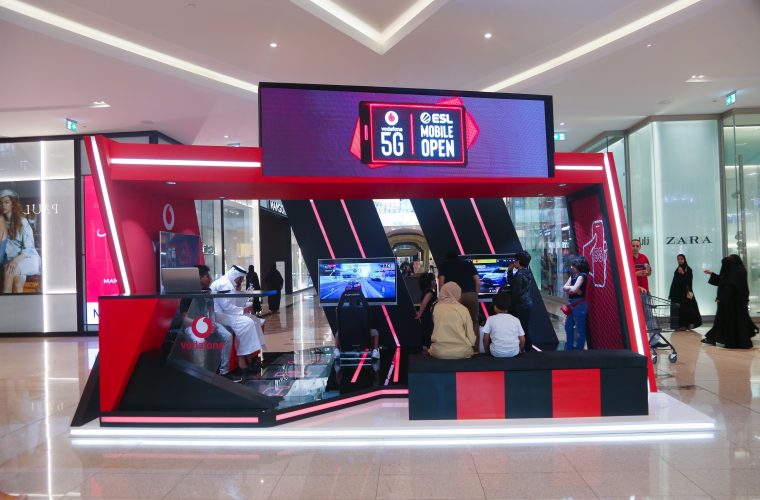 Vodafone Qatar is giving gaming and esports enthusiasts a chance to get in gear for the upcoming Vodafone 5G ESL Mobile Open at its Asphalt arcade racing gaming stand, now open in Doha Festival City (DFC) until 9 August.

In June this year, Vodafone and ESL, the world’s largest esports company, launched the Vodafone 5G ESL Mobile Open, the first international mobile gaming tournament played on 5G. The tournament is open to players from 17 countries where Vodafone is present, which includes Qatar.

The competition features the popular online mobile game: arcade racer Asphalt 9: Legends and is expected to draw enthusiasts and casual gamers of all levels.

Online qualifiers for the Asphalt 9: Legends tournament have been taking place in a series of eight separate week-long cups and conclude on 1 September 2019. Qualification is based on ‘fastest time wins’, with four qualifying cup events open for players using either iOS or Android devices. The best players from each weekly cup qualify to participate in the Grand Final at Milan Games Week on 28-29 September 2019.

The Grand Final will be contested live over Vodafone’s 5G network, and will truly showcase Vodafone’s high-speed, real-time 5G network for gaming to millions of spectators.

Players can find more information on the tournament and sign up for online qualifiers on the official website: https://pro.eslgaming.com/mobileopen/home.

Vodafone Qatar’s Asphalt gaming stand, featuring the Asphalt esports series, will be open in DFC every day from 5-9pm till 9 August.