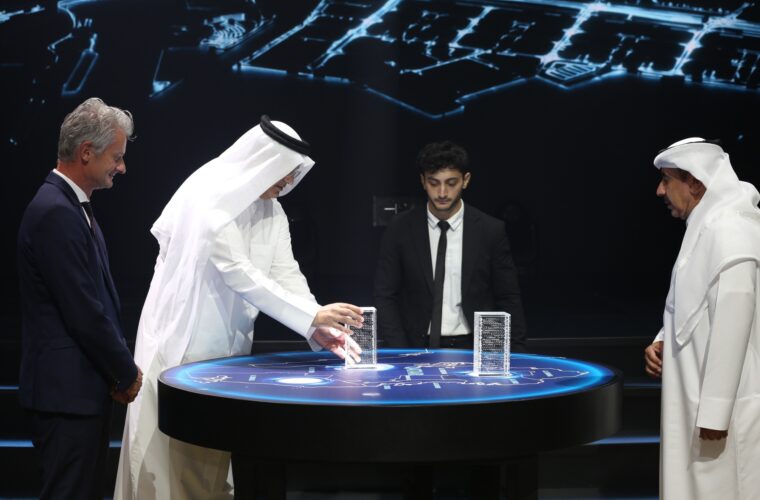 The Microsoft cloud data center region in Qatar joins the world’s largest cloud infrastructure footprint, significantly enhancing Qatar’s competitiveness on a global and regional level in line with Qatar National Vision 2030 and increasing the country’s position as a leader in the digital era.

The launch of the Microsoft cloud data center region in Qatar was recently announced during a special celebratory event entitled “Qatar’s Digital Journey into the Future”, in the presence of esteemed ministers and high-level private sector executives, as well as Microsoft’s global and regional executives.

The Microsoft cloud data center region in Qatar will have a significant impact on the development of the local economy and support the country’s efforts to diversify its economy, build talent and attract foreign investment

"The launch of the Data Centre today is considered an important milestone in the process of transforming the State of Qatar into an advanced and pioneering digital center in the Middle East and the world. This journey was inspired by the Qatar National Vision 2030, which aims to establish a diversified and competitive national economy.”

His Excellency continued: "These pioneering projects in the field of digital transformation, communications and information technology would not have been achieved without the ambitions of the country's wise leadership and its vision to this vital sector, believing in its crucial role in the development of other economic sectors. Legislative and legal regulation of the sector and enhance its attractiveness.

President of Microsoft EMEA, Ralph Haupter stated “Across Qatar, Microsoft customers are already leveraging our trusted cloud to innovate, achieve their business goals and do more with less. We are proud to deliver the first hyperscale cloud datacenter region to the country, which will significantly amplify opportunities for even more transformation.”

“With its longstanding history as an early adopter of technology, Qatar has completely embraced cloud solutions and revolutionized entire industries to develop a new, advanced digital economy. Today’s announcement will enable the country to take these groundbreaking innovations to the world, showcase its standing as a leader in digital transformation and cement its place as a global hub for innovation,” said Lana Khalaf, Microsoft Country Manager.

Microsoft customers across industries, including the Ministry of Communication and Information technology through its national initiatives such as TASMU PLATFORM, and Qatar Digital Government, as well as the Supreme Committee for Delivery & Legacy, and many others, have already embraced the Microsoft Cloud to develop digital capabilities and innovate in their industries.

In 2021, MCIT partnered with a global consortium of partners led by Ooredoo to bring to life the TASMU Platform, a one-of-a-kind, ground-breaking, smart city solution. Microsoft has played a vital role as a global technology enabler throughout this collaboration.

“In our continued, unwavering efforts to build a Smart Qatar that is digitally-powered and innovation-driven, we are committed to harnessing the power of integrated cloud-based technologies to offer endless potential value to the people of Qatar,” said H.E. Mrs. Reem Mohammed Al Mansoori, Assistant Undersecretary of Digital Society Development at the Ministry of Communications and Information Technology (MCIT).

More than 70% of Qatari Startups are on the Microsoft Founders hub. These startups have the potential to go on and become the next unicorns of their industries. Also, a minimum of 11 global partners and ISV established operations in Qatar last year alone.

IDC’s research also sheds light on downstream revenues generated by Microsoft’s partner ecosystem. The findings reveal that for every USD 1 of Microsoft cloud-generated revenue, the partner ecosystem is expected to generate USD 7.87 by 2026, up from USD 6.41 by 2023.