Zaha Hadid-designed Al Wakrah Stadium to be ready by 2018 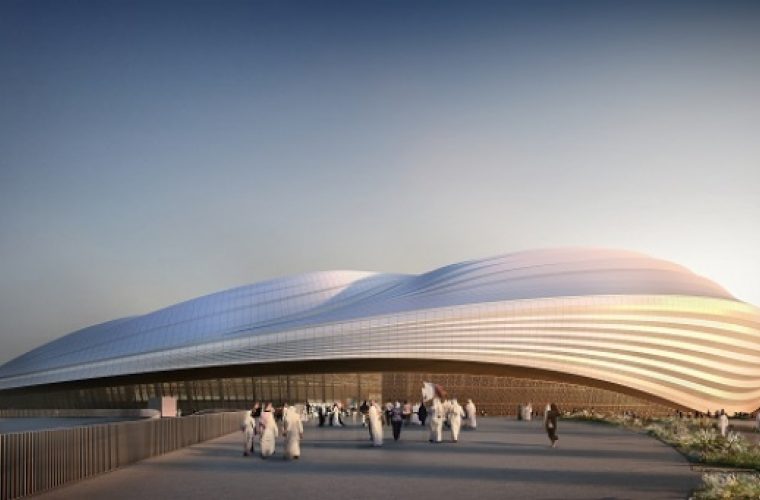 Al Wakrah Stadium – which will also become the new home of Al Wakrah Sports Club – is due for completion in the fourth quarter 2018.

The stadium, which will soar 48 metres into the sky, is designed by renowned architect Zaha Hadid, who passed away recently.

The passing of Hadid was met with great sadness across the world, but as building works advance at Al Wakrah Stadium, her legacy in Qatar continues to grow, the Supreme Committee for Delivery & Legacy’s (SC) said.

Work at the site, 15 kilometres south of Doha, continues to advance as stands begin to rise from the ground and the construction of main works commences with the appointment of the main contractor.

Following Hadid’s death on 31 March 2016, the stadium now takes on a deeper significance – one of a tribute to the legacy and architectural work of its late creator.

“We are very proud to have her legacy here in Qatar, as one of the iconic designs that will be referenced in her legacy,” said Thani Khalifa Al Zarraa, SC Project Manager at Al Wakrah Stadium.

The main contractor was awarded in January and is due to start putting cranes in place in the coming weeks to start work on the complete steel roof structure, which will take about 15 to 17 months.

He continued: “All the infrastructure and foundations have been laid now. What you can see now is the outline of the stadium already coming up from the ground, with the pitch level laid and the stands for spectators taking on shape.”

“The main contractor will continue with the construction of the site, which should be completed within 30 months. Four groups of piles have been completed, which will support the roof of the stadium.”

Al Wakrah Stadium and the Doha Metro – which will connect it to the capital city – are advancing quickly and will be ready to host test matches before the tournament.

During the 2022 FIFA World Cup Qatar, Al Wakrah Stadium is a proposed venue for the matches up to the quarter-final stages and will have a net capacity of 40,000.

“There is a second tier of seating which is demountable and will be removed after the tournament to bring the capacity down to 20,000,” added Al Zarraa.

“The available sections will be used afterwards for other purposes to make sure the stadium has an important use in the community.” (Source)