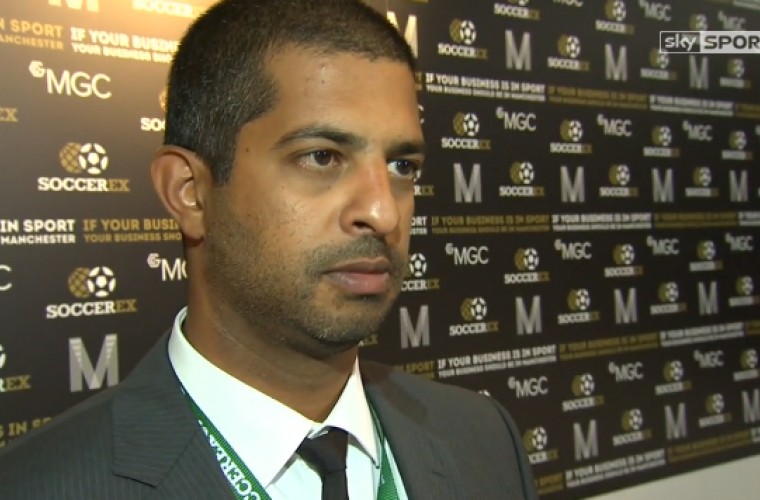 Speaking to Sky Sports News' chief news reporter Bryan Swanson, Al Khater said construction work was going well and that the cooling systems they are planning to use in their stadiums had to be seen to be believed.

After being instituted last year, FIFA's task force looking into the timing of the tournament met earlier this week for the first time, Al Khater admitting there was some resistance from clubs to move the World Cup to avoid the extreme heat of June and July.

The task force, which will meet again in November, was attended by representatives of confederations, clubs and leagues as well as player’s union and Qatar 2022 organising committee representatives.

Al Khater told Sky Sports News: "I think it was positive. I think everyone recognises that the World Cup is the most important footballing event and I think everybody wants to make sure it is successful, that it comes out in its best form, but they want to make sure they protect the interests of their leagues or of their FAs.

"I think everybody realises we need to work together to come to a solution."

Much has been said about moving the tournament to a November slot, or possibly even January, but Al Khater said it would take more than one meeting of the task force to come anywhere near a solution.

Asked about the inevitabilty of a winter tournament, he added: "I can’t say for sure, because this was the first meeting since the task force was initiated about a year ago.

But he was able to calm fears that a summer tournament would be risky for the health of the players, and is excited by the cooling technology that will be in place.

Al Khater said: "That has been raised. The health of players is of no issue to us because we have proven cooling technology.

"We will keep proving it to make sure we get to the best solution possible but we know, where we stand with the technology today, that for the players health there are no issues.

"Cooling technology is not something that is mainstream, especially for an open air stadium that seats 40-80,000 people. I think you have to see it to believe it – the first time you see it you get astonished by it and I think that’s when something switches and people say ‘this is doable, we can do this’."

That is just part of the construction process under way in Qatar, which he was also able to provide a positive bulletin on, adding: "Construction is progressing very well. We’re going according to our schedule.

"We’ve already launched the designs of two of our stadiums. We’re going to be launching a third, fourth and fifth before the end of the year.

"All these five stadiums are going to be under construction before the end of the year. We’re in a very good place and confident of delivering on time."