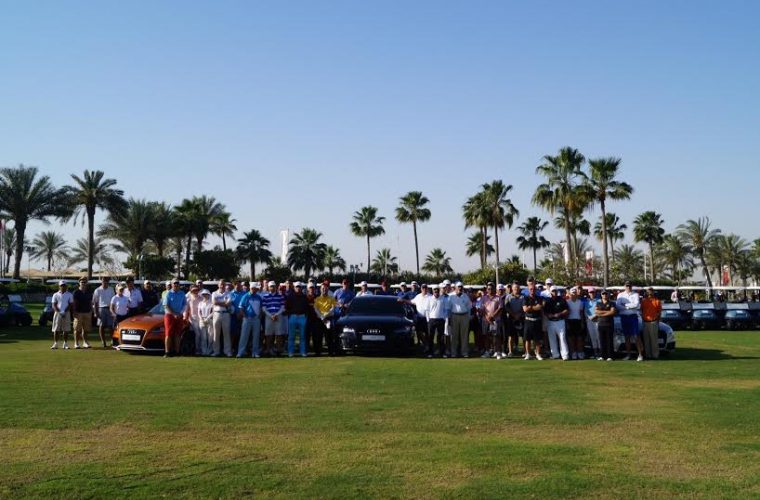 Q-Auto, the official dealer for Audi in Qatar, announces Guy Strandemo and Randy Holt as the champions of the Audi quattro Cup 2014 Doha golf tournament, who won with a total of 40 points and 22 back nine points. The first place medalists are now qualified to represent Qatar in the Audi quattro Cup World Final, scheduled to take place in Dubai from 7th - 11th December 2014.

During the game competitors brought some of the best professional skills to the field, enhancing the game’s difficulty level to most challenging. The order of the winners depended on their back nine points as three teams managed to score a total of 40 points. Runner ups Ken Hardman and Suresh Venkataraman scored 20 points with Sameer Abdi and Amin Mohamed close behind, coming in third place with 19 points. The tournament was a great success, as 144 participants in total competed.

Commenting on the event, General Sales and Marketing Manager at Audi Qatar, Mohamed Talkhawi said: “The Doha tournament was an intriguing and exciting game for us all to watch. The game has fulfilled our set objective, which was to bring all local Audi owners together for a unique experience. Hosting an Audi quattro Cup tournament in Doha signifies the mutual commitment and understanding that Qatar and Audi share in supporting sports and physical activities, contributing to the goals of the nation’s National Vision 2030. Once again congratulations to the winners, and we wish you luck at the Audi quattro Cup World Final.”

The Doha Golf Club hosted the one-day event at one of the largest golf courses in Doha. Competitors took part in two shotguns (5 hours each) and a total of 15 Audi models were showcased at the course, including the A5 Coupe, Q7, A5 and RS7 amongst others.

The Audi quattro Cup Golf Tournament Series was established in 1991. In 2013 Audi dealers from 52 different countries worldwide organized a total of 965 tournaments and over 100,000 amateur golfers participated. More than 1.4 million golfers have taken part in an Audi quattro Cup tournament during the last 23 years.