The first in the Middle East, IAAF Doha 2019 will inspire future generations 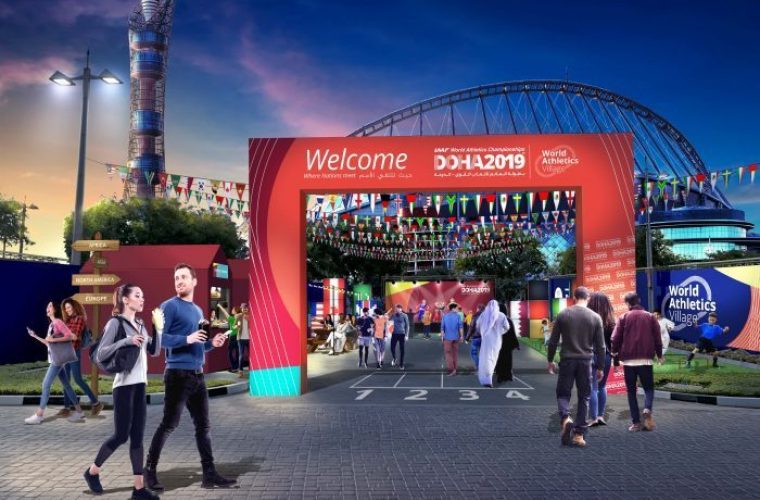 The World Athletics Championships (Doha 2019), hosted by Doha for the first time in the Arab region and the Middle East, will inspire future generations, said IAAF President Sebastian Coe.

Speaking at a press conference, Lord Sebastian Coe welcomed all participants in Doha to compete in the World Championship, the largest in the world with a large number of participating countries.

He added champions are here to make history and win gold, expecting the competition to be very strong and successful.

He added that the Qatari people are certainly proud to host this global event, expecting that Qatar will organize a distinctive and very impressive tournament. Qatar has a bright history in organizing sporting events and has made great efforts to ensure the best tournament.

For his part, H.E. Dahlan Al Hamad thanked everyone for attending the biggest athletics championship in the world.

Talking during the press conference, Al Hamad said it was a great honor to welcome all participants in Doha for the World Championship, adding that this tournament has inspired everyone, hoping to see a successful event. The championship is a historical legacy for Qatar and it will always remain in Qatar's memory, he added.

He continued by saying that Qatar is now hosting participants from more than 200 countries taking part in this tournament, which is being held for the first time in the Middle East, and no doubt that this tournament is a real challenge but we hope to achieve maximum success.

H.E. Al Hamad meanwhile expressed his happiness with the demand for tickets, saying that it reflected the status of the competition as one of the biggest sporting events ever hosted by the State of Qatar. Al Hamad added that Qatar welcomes everyone and respects all cultures. He called on the attendees to enjoy the country's tourist destination, wishing everyone a great stay in Qatar. He noted the great excitement people in Qatar had for the competition, evident by the number of volunteers who came forward to be a part of the event's success.

On the country's efforts to promote the role of women in sports, Dahlan noted that sports was an important element in Qatar National Vision 2030 and stressed the belief the country has in the importance of women to society.

Al Hamad stressed that the State of Qatar's doors is open to all peoples, as the country never mixes sports with politics. He highlighted that players from the blockading countries are taking part and are welcome to. He highlighted Qatar's success in hosting international competitions, wishing Qatari athletes luck in their bid to win medals.

The President of the Asian Athletics Association said that the safety of the participants represents the utmost priority for the organizing committee, noting that the cooling system in Khalifa International Stadium aims to help athletes perform in familiar environments so they can give their best.

On tonight's marathon, he said that the committee has finished its preparation. He added that the opening for the midnight marathon will be from 11 pm to 11:30 pm and wished all the participants luck.