The FIFA World Cup Trophy Timeline: 20 facts you may not have known 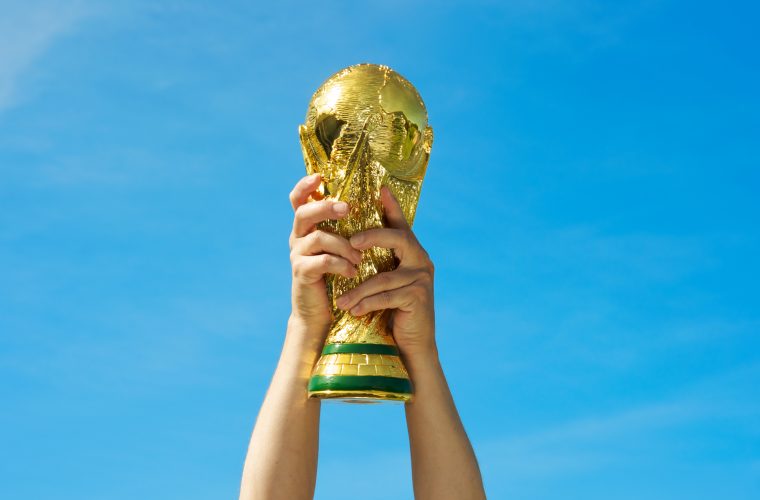 The FIFA World Cup is probably the world’s biggest sporting tournament to date - and is a must watch for people in Qatar, especially since the World Cup 2022 will be held in Qatar - and so the trophy that signifies winning the World Cup is also an icon that cannot be ignored.

Though there is lots of news and information available about the World Cup, not everyone talks about the trophy itself, who designed it, what it’s made of and all that it has endured since the World Cup started in 1930.

All these questions have been answered here along with other interesting facts about the FIFA World Cup trophy you probably haven’t heard about.

1. In 1930, the first FIFA World Cup trophy was handed to the winning Uruguay team.

2. The trophy was designed by French sculpture Abel Lafleur and was initially known as the ‘Coupe du Monde’.

3. The trophy was a gold-plated sterling silver sculpture that was 14 inches high. It stood on a base made of lapis lazuli. It was named after Nike, the Greek goddess of victory, and showed her holding the octagonal cup up and over her head.

4. Initially, it was known as the ‘World Cup’, but with the passage of time, it was given the name ‘the Golden Goddess'.

5. World War II impacted the World Cup - as well as everything else - which was stopped for 12 years and only restarted after the war ended.

6. During this time, there was concern about the trophy’s wellbeing, so FIFA’s Italian Vice President Otorino Barassi moved the trophy in 1939 from the vault of the bank it was kept in and placed it in a shoe box under his bed to keep it safe from the Nazis.

7. After the World War II ended, in 1946, the original trophy cup was named after Jules Rimet who was FIFA’s third President (he served FIFA for 33 years) and was responsible for taking football to the global stage and starting the FIFA World Cup.

8. In 1966, just four months before the FIFA World Cup was to take place in England, someone stole the Jules Rimet Trophy from an exhibition at the Westminster Central Hall, even though security was very tight. People were outraged. The thieves wanted a 15,000 pounds ransom paid for the trophy. Eventually, the trophy was recovered by Pickles, the dog, who was out walking with his owner Dave Corbett. Pickles found the trophy in South London under a hedge wrapped in a newspaper. When Dave returned the trophy he was awarded 6,000 pounds as a reward and Pickles was given a supply of dog food for his entire lifetime.

9. Just in case the original Jules Rimet Trophy was not found, a replica was made by the Football Association of England and was used during the World Cup award ceremonies up until 1970.

10. In 1970, Brazil won the World Cup for the third time. It also won the right to keep the original trophy.

11. Up until 1970, the names of the winning teams with the year they won were engraved on the base of the Jules Rimet trophy.

13. The new 'FIFA World Cup Winners’ Trophy' was designed by an Italian sculptor whose name was Silvio Gazzaniga when he was 50-years-old. He later went on to design the UEFA Cup and the Super UEFA Cup trophies.

14. The new trophy weighs 6.1 kilograms and is 14.5 inches long. It is made from 18-carat gold and its weight is 5 kilograms; it shows two human figures hoisting up the earth. The base is made of malachite, under which the names of the winning teams are engraved with the years. There will be no space left on the base by 2038 for engravings.

17. In 1983, the Jules Rimet trophy was stolen from the Brazilian Football Confederation in Rio. Four men took it from a cabinet by prying open its back with a crowbar. They were tried by the court in absentia and also convicted, but the trophy was never found. Though no one is sure what happened to that original trophy, it is believed it may have been melted down and then sold, or taken up by a collector for his private collection

19. The real FIFA World Cup Winners’ Trophy permanently resides at Zurich’s FIFA World Football Museum. It only leaves the museum for the FIFA World Cup Trophy Tour which was started in 2006, in partnership with Coca Cola, and takes the trophy around the world. It is also seen at the next World Cup’s final draw and, of course, on the football pitch after the World Cup final.

Did you know many of these facts? Did you find the facts interesting? Are there any other facts about the World Cup trophy you would like to share? Let us know in our comments section. Like and share the post – it keeps us going!