THE BIG ONE IS FINALLY HERE! 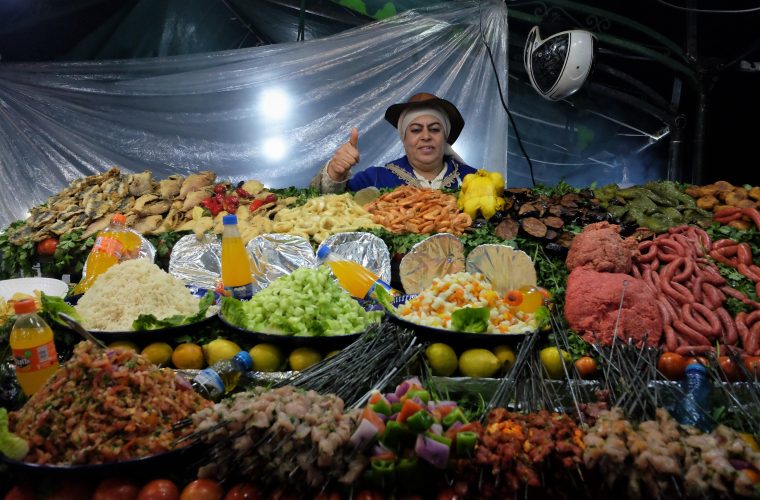 THE BIG ONE IS FINALLY HERE!

15 months after Holland’s Niels Feijen sank the final 9-ball and stood on top of the pool world, the finest pool players from each and every corner of the globe will once again descend upon the desert capital of Doha, Qatar to contest the sport’s most important and most prestigious prize, the 2015 WPA World 9-ball Championship.

As usual the tournament will be run in two brutally difficult stages. Stage 1,which runs from September 7-10, is the qualifying stage where 128 players will try to fill nearly one dozen open slots. The qualifiers, which are perhaps the toughest qualifiers in the world of pool, are already filled up with players from around the world, but with heavy emphasis on Middle Eastern players, Filipinos, Taiwanese, Japanese, and several Europeans.

Once the dust has settled on the qualifiers, the event moves onto Stage 2, which begins on September 12 and also features 128 players. The players will be broken up into 16 groups of 8 playing a race-to-9, alternate break, double elimination format. Four players from each group will make up the final 64, which marks the start of the always tense and dramatic single elimination phase of the tournament. Matches will then become race to 11, alternate break. The final, which takes place on September 18, will be a race to 13.

While it’s always a crap shoot trying to determine who can reign supreme in a field filled with pool giants and possible contenders, the tense and dramatic nature of the format and the event itself generally means that the cream always rises to the top.

Last year the Dutchman Feijen had entered the World 9-ball playing the best pool on the planet, having won 6 out of the last 7 tournaments he had entered. But the always intense Feijen still had to overcome personal doubts, most notably two straight finals losses at the World 8-ball Championship in 2010 and 2011, the former a hill-hill barn burner.

Feijen also had to deal with talk from some pool circles over the last few years that perhaps that he might never win the big one, and that he would be forever known as a great player who failed to reach the super elite. But as has been typical of his style for years, the 37 year old Feijen kept his nose to the grindstone, working hard on his game, adding missing details like a tactical game, psychology, and perhaps most importantly a family life with his wife and young daughter. The work, discipline, dedication and maturity paid off big time as Feijen battled his way to the finals where he grinded out a hard earned 13-10 victory over Austria’s Albin Ouschan.

Can Feijen repeat in 2015? It’s a feat that’s only been accomplished once, way back when Hall of Famer Earl Strickland captured the first two World 9-ball Championships in 1990 and 1991. The Dutchman recently won a Euro Tour event so a double is certainly not out of the question. But surely anyone of, say, 20 players could be considered to have realistic chances of winning the title. England’s Darren Appleton is always a hot favorite. Ouschan recently won the China Open in Shanghai and will look to do one better than his runner up finish last year. Germany’s Thorsen Hohmann always seem to play his best in the big events and with two World 9-ball titles under his belt, don’t ever count out ‘the Hitman.’

Looking east, Taiwan’s Ko Pin Yi played brilliantly in winning February’s World 10-ball championship in the Philippines. Everyone knows it’s only a matter of time before Ko snaps off the 9-ball crown.

As usual the Philippines will be heavily represented in the World 9-ball Championship. Carlo Biado, who is currently ranked number 4 in the world, has been knocking on the door of big time success in the last two years. Dennis Orcullo is way overdue to win this event. And veteran Warren Kiamco is playing his best pool in years. Then there are the legions of relative unknowns from the Philippines who always make a splash in Qatar.

Japan always brings a strong contingent to Qatar and expect one or more Japanese players to go far. Same for China, especially Liu Haitao, whose game is as impressive as anyone’s at this moment in time.

Moving westward, every pool fan would love to see the USA’s Shane Van Boening bring pool glory back to the land where the roots of this great sport are firmly planted. While the American could be considered one of the favorites, he admittedly doesn’t like alternate break pool. The pressure of carrying the hopes of the USA may also prove too much to bear for the American great.

Whatever happens, and whoever pulls through and makes it through the gauntlet and to the winner’s circle in Doha, he will surely be a worthy champion. And pool fans around the globe are guaranteed a roller coaster of surreal drama and tension as the greats of the game do battle for the right to be called the King of 9-ball.

You’ve waited long enough. Now it’s time to get it on!

The Qatar Billiard and Snooker Federation(QBSF), which is once again hosting and organizing the World 9-ball Championship, will be providing free live streaming of the entire tournament, in cooperation with Kozoom. Fans can watch the action live on the QBSF website at, http://live.qbsf.qa/. With all 13 tables streamed live, fans can select which table they want to watch and switch between tables at their convenience.

The WPA will be on hand in Doha throughout this year’s World 9-ball Championship providing up to the minute information, live scoring, photographs and in depth articles with insights and analysis from WPA Press Officer Ted Lerner.

Fans can interact with us through the WPA’s official Facebook Page for the event at this link;https://www.facebook.com/wpaworld9ballchampionship