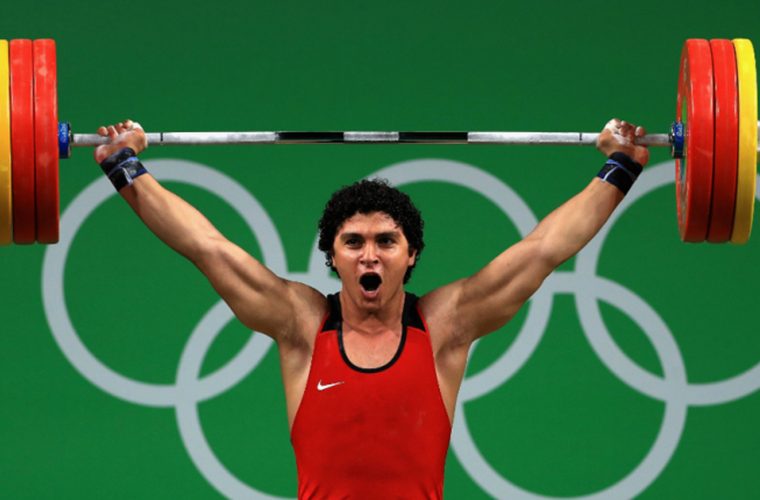 Fares Ibrahim is one of Qatar’s brightest young sporting stars. Still only 19 years old, the teenage weightlifter earlier this year won the World Junior Championships, adding to his 2016 Asian Championship title and seventh placing at the Rio 2016 Olympic Games. Fares will be competing against the world’s best senior stars on 3rd December when he looks to stamp his mark in Qatari history books once again at the 2017 World Championships in Anaheim, USA.

For Fares, weightlifting has always been a family affair. He fell into the sport because his father and brothers were all weightlifters and he tagged along to their training sessions. However, he didn’t take it seriously until he won gold in the first competition he ever competed in. Remembering this first feeling of success and the realisation that this was a sport he wanted to dedicate his life to, he reflects, “it felt amazing and I was so excited to continue and work harder to achieve even more”.

Fares’ pathway to success has been carefully carved in close partnership with his father, who is also his coach and his inspiration. “Ever since I was young, I have dreamt of becoming a weightlifter like my father.” The two have a very special relationship that Fares attributes to his success, “my father is always pushing me and he gives me confidence in myself. He says, ‘Fares, you can achieve whatever you want as long as you believe in yourself’. He understands everything about me – I don’t have to explain to him when I’m tired, he just knows what I need and we understand each other.” The father/coach relationship works because, “he can play different characters with me. He is my coach at the gym, my father at home and my friend outside the house”.

Fares’ dreams started to become true at a very young age and it quickly became clear that he was destined for huge success. His first major achievement came in 2014 when, at just 16, he won the Qatar Cup and broke the world youth record in the process, which gave him an early taste of international success and motivated him “to break new records and to work hard to win a medal in the Olympics”. Fares’ ambition and determination to succeed is so high that he was disappointed to win a bronze medal at the 2016 World Junior Championships: “I wasn’t that happy because I wanted to win gold. Afterwards, I started to put more effort into my training and I didn’t take any vacations until the 2017 World Junior Championships”.

During the year following the 2016 World Junior Championships, Fares changed many things in his programme including how he focused in training, his sleep, and the quality of his diet. The changes and hard work paid off and Fares won an incredible two gold and one silver medal at the same event one year later, which “felt amazing because I could see the results of my hard work”. Also that year, Fares, then still only 18, was the youngest athlete to participate in the Rio 2016 Olympic weightlifting finals, finishing an impressive seventh place. Whilst the competition was tough, he used this as in important learning opportunity: “it was a good chance for me to see how the big athletes train, how they focus and how they avoid stress. It was a great experience and I was so happy that I was representing Qatar at the Olympics!”

It is an experience that will prove invaluable as Fares takes to the stage in America next week for his first senior World Championships. 600 male and female competitors from 100 countries and every continent will compete in 15 weight categories, with Fares moving up to the 94kg category for the first time in his career. Once again, he will be the youngest athlete in the competition and, whilst he is aware that he will be up against very strong competitors, he is confident with his preparations and his sights are set high, “we have been working very hard and I have had a strong, focussed training programme which has developed my performance greatly. My ambitions are very high and I am aiming to win a medal. If I succeed when I am still only 19, it will be amazing!” He knows that winning a medal will require him to break his personal bests and his goals are to lift 170kg in the snatch and 220kg in the clean and jerk. However, if achieving these goals doesn’t win him a medal, he will be content with his achievements and “will still be proud that I have lifted these weights at my age”.

It is not just immense physical strength that creates a world-class weightlifter but huge inner mental strength is of equal, if not greater importance. Fares explains, “sometimes an athlete might be physically ready to raise the bar but mentally he cannot. The athlete needs support from the coach and the psychologist to help him mentally prepare and get rid of his fears. It contributes 50% to the whole preparation.” However, when it comes to the actual moment of lifting in a competition, Fares completely empties his mind: “All I think of on the stage is to raise the bar no matter how heavy it is. I concentrate on maintaining my self-confidence and convince myself that I will succeed.”

Like most professional sports, a weightlifter needs to completely dedicate their lives to their sport: “to reach a high level in weightlifting requires sacrificing many things. I spend most of my time in training and everything I do at home is for the sake of training”. This dedication is particularly important when it comes to diet as, “food and weight play a huge role in weightlifting, especially in championships because if you compete in the 94kg and your weight is 94.1kg, you won’t be able to compete”. As a result, Fares and his team carefully calculate how much he eats and how many calories he burns but the intensity of his training means he needs to eat a lot: “I might consume a whole lamb in just 10 days! I burn a lot of calories in my training sessions so I need to make them up through a certain diet that includes vegetables, protein, carbohydrates, bread, meat, chicken and milk, as well as the necessary vitamins and minerals”.

However, for Fares, the sacrifices and dedication are more than worth the hard work as, “it feels amazing when I win first place, wear the medal and make my country proud”. Following the World Championships next month, his focus will switch to the Tokyo 2020 Olympics where winning the gold medal will “mean that one of my dreams have come true and will make me so happy and proud that I have achieved something for Qatar”. Between now and then, his expectations are simple: “to win the gold medal in every competition that I compete in”.

Fares will be competing in the 94kg category of the 2017 World Championships on 3rdDecember. You can follow his progress on the Team Qatar social media channels and by signing up to the Team Qatar Club where you will also have access to exclusive content, offers and competitions. It is free and easy to sign up – just head to www.olympic.qa/en/teamqatarclu.... Fares’ feature film can be found in ‘Meet Team Qatar’. 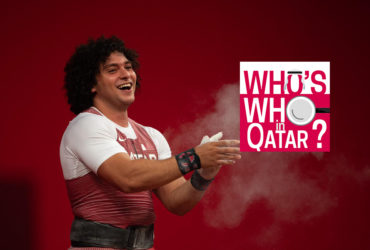 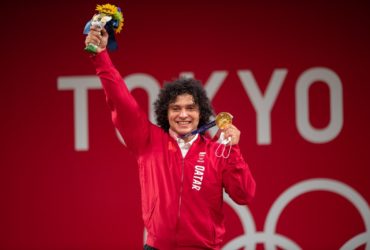 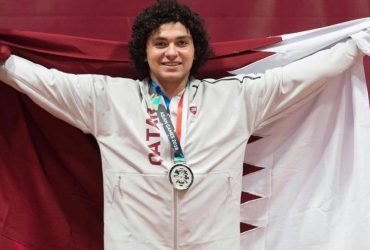 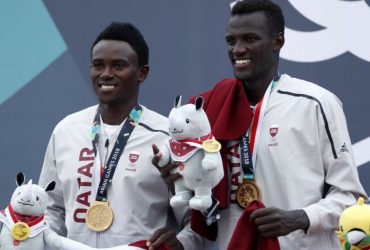