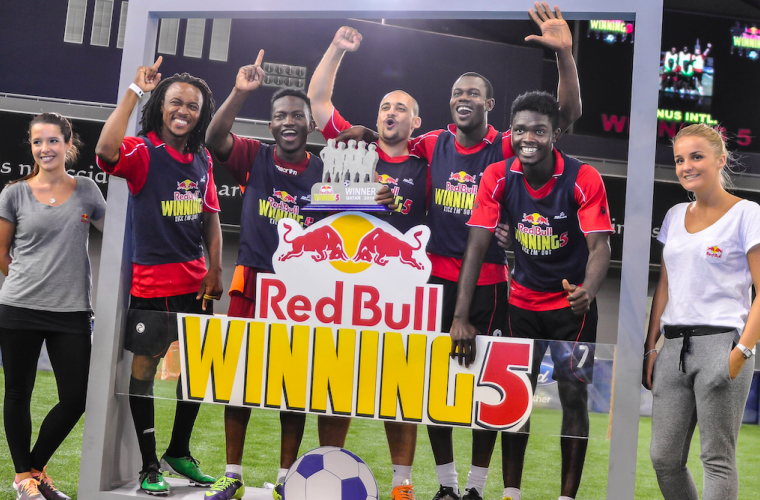 Soccer is all around these days and the best soccer players of Qatar met at Aspire Dome for a creative and innovative soccer tournament: Red Bull Winning 5. 16 teams out of 150, who qualified from 3 different qualifiers, participated to the national final at the Aspire Dome where members of team Venus International were the last men standing and won the title of Qatar’s Red Bull Winning 5 champion. 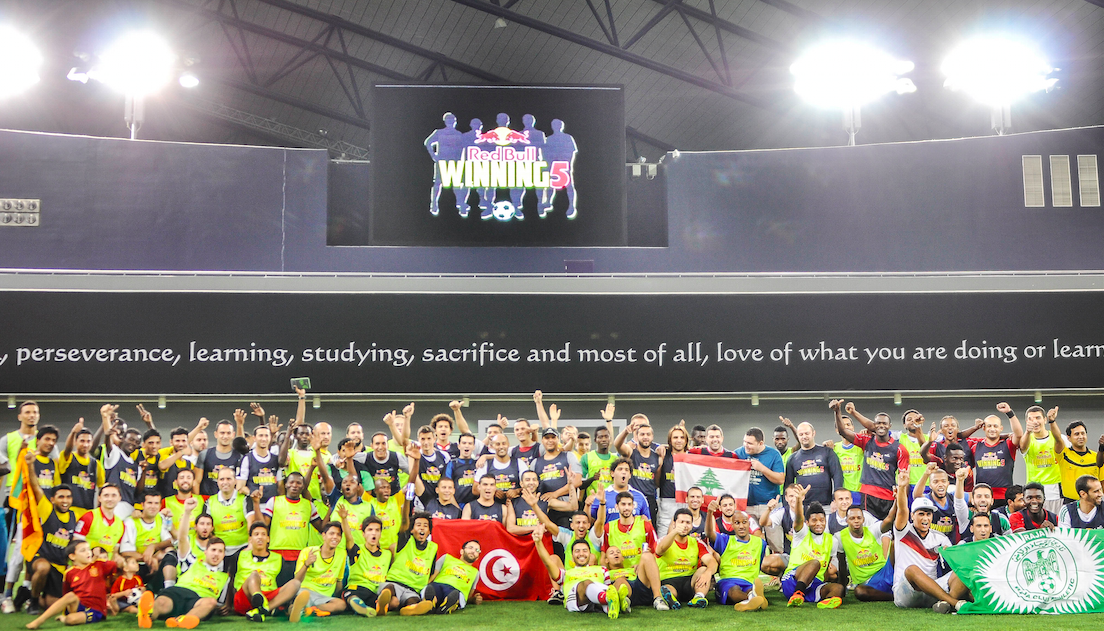 Red Bull Winning 5 winners went through several phases and were able to eliminate their opponents one after another, reaching the final game against team Lebanon. The crowds witnessed great performances that lead team Venus International to the title. Whenever one goal was scored, the other team lost one player and so many games in the qualifiers just ended after 2 minutes, whereby some teams were able to beat their rivals immediately.

However, thrill and excitement were not bound to the final game only, for the adventure started with dual games of the 16 teams coming from different previous qualifiers where 96 fought for the 16 final places. And given the competition is based on elimination, the number of teams decreased gradually while the level highly increased showing an impressive improvement in Qatar for the most popular sports in the world.

Each team of 5 players with no goalkeeper, had to eliminate a player from the opposite team upon scoring a goal. The games consisted of 10 minutes each, and ended whenever one of the teams was completely eliminated. 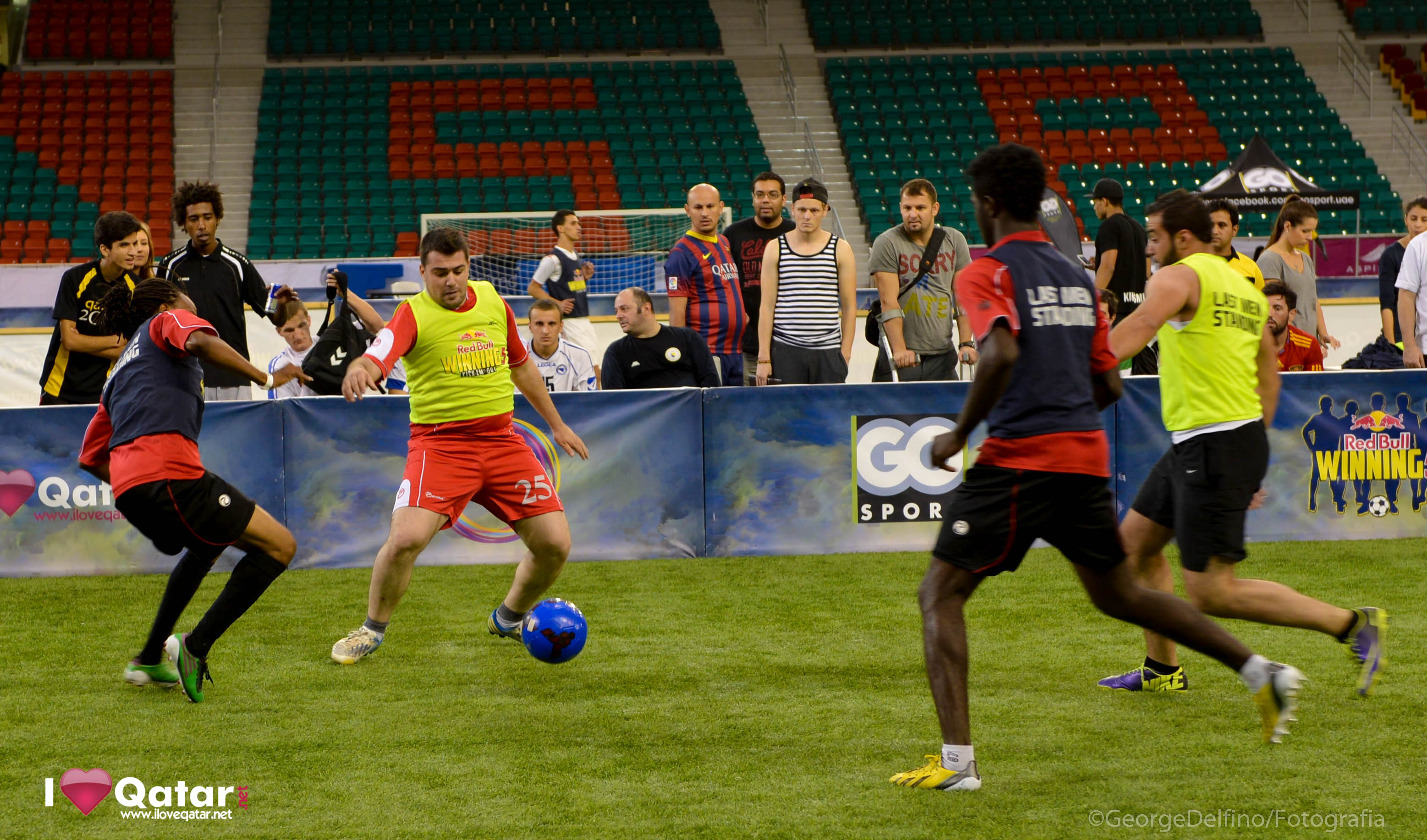 Red Bull Winning 5 winners expressed their extreme joy for winning this unique competition that gave the opportunity to demonstrate their football skills at a unique tournament. The happy team will now travel to the Red Bull X-Fighters World Series stop in Munich to witness the best FMX riders of the world.