Team Qatar is all set to realize its Olympic dream 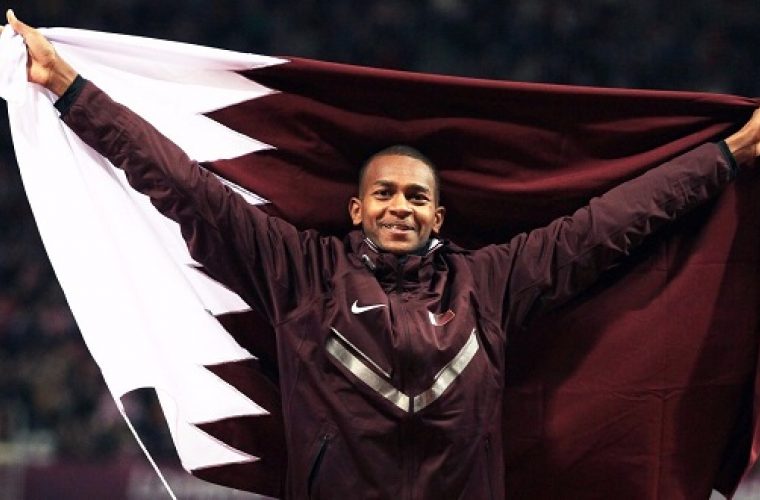 With just 100 days to go until the Rio 2016 Olympic Games, the Qatar Olympic Committee (QOC) has announced the full line-up of athletes that have qualified to represent Team Qatar. This is the biggest Olympic team in the history of Qatar. With qualification in some events continuing, Qatar will send at least 38 athletes to Brazil. 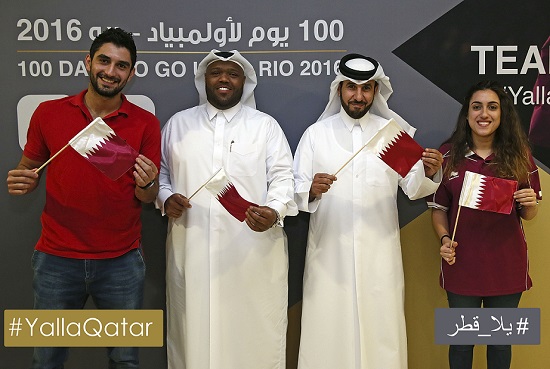 The QOC is encouraging the whole nation to get behind their athletes through a social media campaign that they hope will connect the public to Team Qatar and raise awareness about what it takes to be an Olympian. The Rio 2016 Olympic Games will take place from 5th August to 21st August.

Speaking at the QOC’s 100 days to go event, Secretary General Dr Thani Abdelrahman Al Kuwari, said: “Each of our athletes have performed exceptionally well to simply qualify for the Olympic Games and we are proud of what each and every one of them has achieved. With 100 days to go until Rio 2016, we hope that our nation will unite in support of Team Qatar and celebrate their incredible feats in the true spirit of Olympism. Through our Rio 2016 social media campaign, we aim to shine a spotlight on the lives of our Olympians to show the amount of training, dedication and commitment that goes into elite sport and share their Olympic dreams with our country. We cannot wait for the Games to begin.”

Team Qatar contains significant strength and depth with reigning world and Olympic medallists amongst its ranks. Nasser Al-Attiya, who won bronze in the skeet shooting at London 2012, will return for his sixth consecutive Olympic Games. Fellow London 2012 Olympic bronze medallist, Mutaz Barshim – who in 2014 was just 2cm away from Javier Sotomayor of Cuba’s 23 year old world record - also returns.

Speaking about the Olympic experience, Barshim said: “The Olympics is the greatest sports event in the universe. Rio is going to be my second Olympics and I’m really excited to go there and represent my country for a second time. That’s really big. I’m looking forward to it and I want to go there, perform well and represent my country in the best way possible. To get the support of everyone from around Qatar is really important. You feel like you’ve got the nation behind your back and it really helps to give you a mental push.” 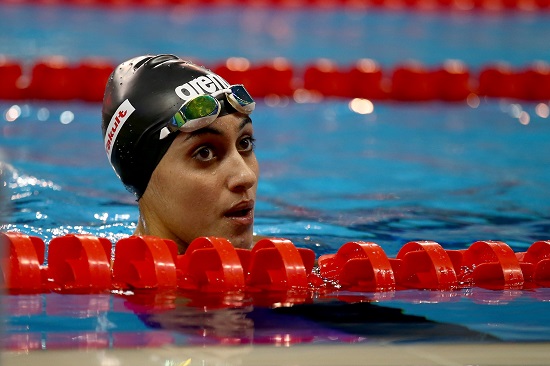 One of Qatar’s first-ever female Olympians, Nada Arkaji will also be returning for her second consecutive Olympic Games when she competes in the 200m freestyle and 100m butterfly swimming events. Speaking about being an inspiration to young females from Qatar, Arkaji said: “Being the first Qatari woman to represent my country in the Olympics was such a great honour and gives me such pride. I want to inspire a lot of women, especially from the younger generations to be the best they can be. I encourage them to not be afraid and take risks. They should just be confident and do what they love.”

Other returning London 2012 Olympians include reigning Asian Athletics Champions, Musaeb Balla and Mohamed Al Garni who will compete in the 800m and 1500m respectively. Qatar’s world-class athletics team will be completed by double World Junior Champion in the hammer throw, Ashraf Elseify, 2016 World Indoor silver medallist in the 400m, Adelalelah Haroun, and current 100m Asian record-holder, Femi Ogunode, creating a six-strong team and showing the exceptional progress that Qatar has made in athletics development over recent years.

Making their Olympic debuts will be the Men’s Handball team, who won the 2015 World Championship silver medal, and the Equestrian jumping team, who qualified when they won the second stage of the FEI Nations Cup in Abu Dhabi last year.

The youngest member of Team Qatar at just 16 years old is promising young swimmer, Noah Al-Khulaifi, who is currently juggling school with his Olympic career. The final Qatari Rio 2016 Olympians are Rashid Hamad and Li Peng, who will compete in the skeet shooting and table tennis respectively. Rio 2016 qualification is open until July so there are still further qualification opportunities for Team Qatar.

Under the banner of #YallaQatar, each team and athlete will be profiled through the QOC’s ‘Olympic Dreams’ film series, which will be released regularly on the QOC’s social media channels over the next 100 days. The campaign kicks off with a special 100 days to go film which gives a taster of what is to come from the series. Exploring the highs, lows, motivations and dreams of Team Qatar, the campaign will give a real insight into each Qatari athlete that will compete at Rio 2016.

Speaking about his Olympic dreams, Noah Al Khulaifi said: “In Kazan, the World Championships last year, I had an interesting experience because I didn’t do as well as I’d have liked but from that I got a lot of good things and that’s why I think I managed to push through and get to a higher level and be able to go to Rio. It feels incredible to be going to my first Olympic Games as a teenager. My goals are to do personal best times and maybe something special that no one else in Qatar or even in the Middle East has ever done.”