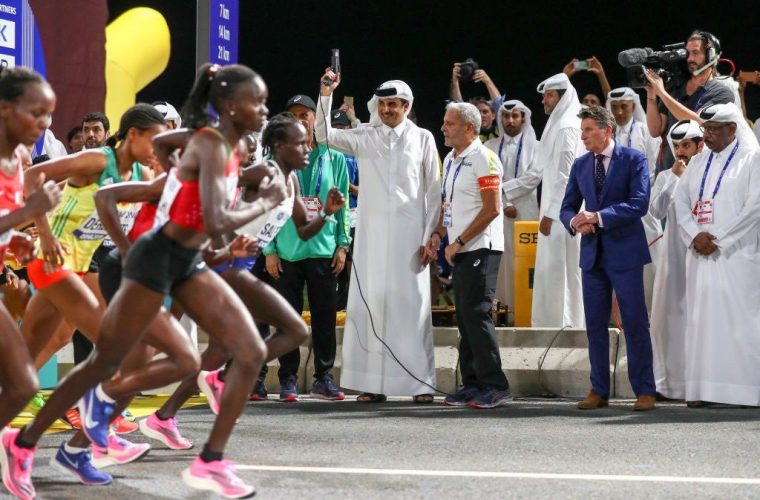 The Doha 2019 World Athletics Championships kicked off on Friday with unprecedented participation of about 2,000 athletes competing in 49 races and competitions over 10 days at Khalifa International Stadium and the Corniche Doha.

The first day saw a number of qualifiers take place before the women's Marathon which will take place one minute to midnight in Doha's local time.

The Qatari athletes participating in today's qualifiers were Othman Baro in the 100-meter race and Abdulrahman Samba in the 400m hurdles. Baro recorded a new personal best of 10.64 seconds and reached the second round. He expressed his satisfaction with his performance and added that he aims to lift the Qatari flag high in the competition.

Fastest man in the world Christian Coleman led the 100m sprint that took place at Khalifa International Stadium. He leads this year after finishing the race in 9.82 seconds. The American was again the fastest in this qualifier. Other athletes who qualified include Justin Gatlin, Zharnel Hughes, Yohan Blake, and Paulo Andre Camilo De Oliveira.

In the second race, Abdulrahman reached the semifinal of the 400m hurdles after coming in first place in group c. He finished the race in 49.08 seconds. Samba has the third best record in the race (46.98 seconds), and is only one of four people to finish the race in under 47 seconds. Other athletes who qualified to the semi-final today were Karsten Warholm, Kyron Mcmaster, Rai Benjamin, and Rasmus Magi among others.

Samba expressed his delight at winning the race after fully recovering from injury. He admitted that he needed some time to get back to top form but maintained that he was happy to be back performing at the highest level. He added that he targets a gold medal for his country, despite the strong competition he will face.