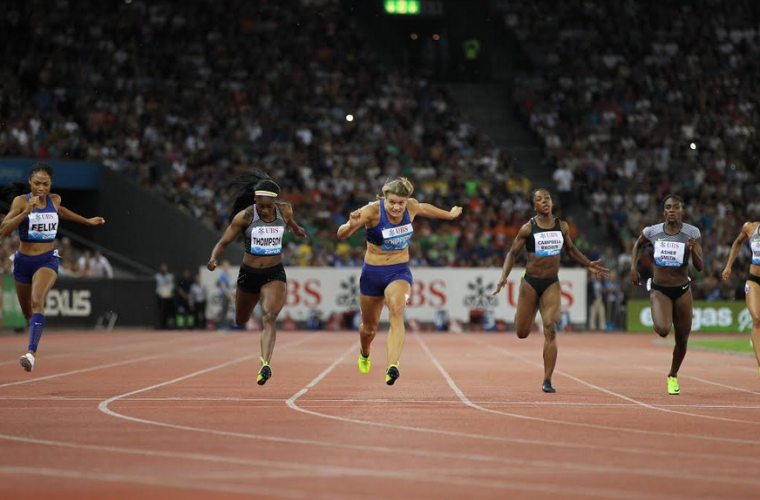 A world-class field of Olympic and World Champions will kick off their outdoor seasons in Doha with an action-packed evening of exhilarating athletics expected in the Qatari capital on 5th May. Tickets are on sale now at www.q-tickets.com to witness athletics’ biggest stars go head to head in the Doha 2017 IAAF Diamond League at Qatar Sports Club in this unmissable fixture on the Doha sporting calendar.

Qatar’s most successful-ever athlete, Mutaz Barshim, will ensure an electric atmosphere as he returns to compete in front of a home crowd for the first time since winning silver at last year’s Olympic Games. The 2014 World Indoor Champion cleared the second highest jump in history in the 2014 Diamond League season before claiming the 2014 and 2015 Diamond Race titles. He lost the title to Erik Kynard of the USA in 2016 and the two will go head to head once again in Doha this year in a bid to get their 2017 seasons off to a successful start. They will be challenged by Robbie Grabarz of Great Britain who shared the bronze with Barshim at London 2012, setting up another captivating men’s high jump competition.

One of the most highly-anticipated events of the evening will be the Women’s 200m where 100m and 200m Olympic Champion, Elaine Thompson of Jamaica, will face a showdown against last year’s Diamond Race winner, 2015 World Champion and 200m Rio 2016 silver medallist, Dafne Schippers of The Netherlands. Thompson, who became the first woman since Florence Griffith-Joyner at Seoul 1988 to do the sprint double at the Rio 2016 Olympic Games, ran a world-leading time of 21.78 in the 200m final to edge ahead of Schippers and reverse the positions from the IAAF World Championships in Beijing 2015. With the London 2017 IAAF World Championships on the horizon later this year, both athletes will be eager to stamp a strong early mark in their first competition of the season. However, they will face further strong opposition from 2004 and 2008 double Olympic Champion and multiple World Championships medallist, Veronica Campbell-Brown of Jamaica, and Marie-Josee Ta Lou of the Ivory Coast, who finished fourth in the Rio 2016 200m final.

The Men’s 400m also promises to set Qatar Sports Club alive with a thrilling head to head between London 2012 Olympic Champion and 2011 World Champion, Kirani James, and Beijing 2008 Olympic Champion and 2009 and 2013 World Champion, LaShawn Merritt. James, who became Grenada’s first-ever Olympic medallist, is one of only nine athletes in history to win World Championships at Youth, Junior and Senior level. Merritt, winner of last year’s Diamond Race, is the sixth fastest man in history over 400m and is one of only four men in history to have broken 20 seconds for the 200m and 44 seconds for the 400m. The Doha Diamond League will provide an early opportunity to see the form of both sprint sensations at the beginning of a World Championship season.

Doha’s large Greek community will be able to cheer on their Olympic hero, Rio 2016 Champion Katerina Stefanidi in the Women’s Pole Vault event. The 2016 Diamond Race winner will face tough competition from Rio 2016 silver medallist Sandi Morris of the USA and 2015 World Champion, Yarisley Silva of Cuba in what promises to be one of the most riveting events of the evening.

“We are very excited to welcome so many world-class athletes to Doha once again this year, including freshly crowned Olympic Champions. There will be some enthralling rivalries ensuring a thrilling evening of memorable athletics. With so many nationalities represented, Doha’s diverse community will all have athletes to cheer on creating which promises to create a phenomenal atmosphere for people of all ages to enjoy. This is Doha’s tenth year of hosting world-class athletics events and we aim to build on our past success and stage this year’s event to the highest possible level, getting the 2017 IAAF Diamond League series off to the successful and momentous start that it deserves.”

Doha first staged a major athletics event in 1997 with the Doha Grand Prix, which was elevated to the Super Grand Prix in 2005. In 2010, Doha hosted the first-ever IAAF Diamond League fixture which has continued to grow in strength every year and provides an ideal opening to the outdoor season. Doha’s hosting of world-class athletics events goes beyond the Diamond League season with further major events including the 2010 IAAF World Indoor Championships and the upcoming 2019 IAAF World Championships, which will be the first-time that athletics’ flagship event will be hosted in the Middle East.

This year’s event will take place on Friday 5th May from 5-9pm at Qatar Sports Club. Tickets are priced from just QR50 and can be bought online now at www.q-tickets.com. Further athlete announcements will be made in the build-up to the event and you can keep up to date on all news on the Diamond League website and social media channels.