Slovenia vs Qatar 29:31 - Qatar in eighth-finals after narrow win against Slovenia 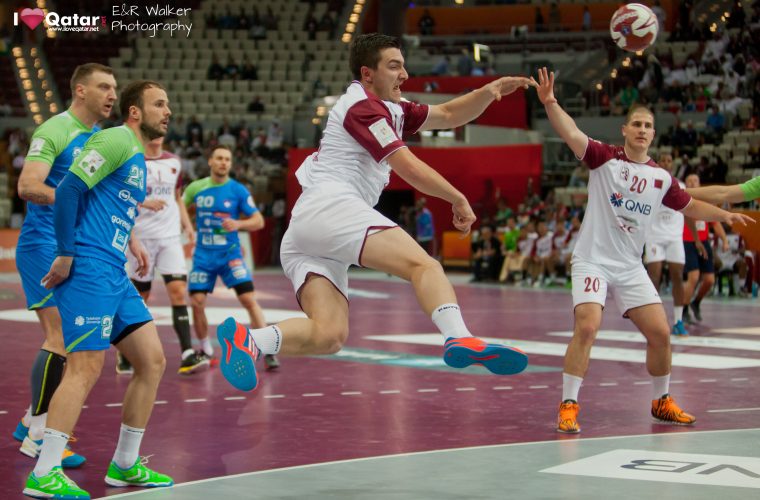 After a dramatic finish at Lusail, Qatar defeated Slovenia 31:29 in Group A on Monday evening.

It was Qatar’s third victory out of three games and sends them to the eighth-final, while the defeat was Slovenia’s first.

After Qatar took the lead at the start, Slovenia took their first lead at 8:7 after 12 minutes and 14 seconds.

That lead was extended to 10:7, before Qatar came back into the rather turbulent game again.

Centre back Kamalaldin Mallash was back in the Qatar team after the injury he had sustained in the opening match against Brazil, and he really celebrated his comeback to the tournament in style.

He scored seven out of his team’s first 14 goals, and together with Goran Stojanovic in goal he played a great part in Qatar going back into a two goal lead shortly before half time.

Before the two teams went to their locker rooms, that lead had been increased to three, as Qatar were leading 18:15 after the first 30 minutes.

From the start of the second half, the score changed between a three goal lead for Qatar and Slovenia reducing the distance to one goal.

It was still Qatar who had the initiative, though. They were good at shutting down the Slovenians’ dreaded counter attacks, which meant that Slovenia’s right wing Dragan Gajic did not play nearly is dangerous as he had been in his team’s first two matches, where he scored a total of 24 goals.

Qatar got up by five goals at 24:19, but Slovenia fought back to a one goal distance, and with five minutes left, Jure Dolenec even equalised to 28:28.

The Slovenians did not get any further, though, as three goals in a row from Qatar changed the score to 31:28, which meant that the last Slovenian goal only had cosmetic effect.

Qatar had their most scoring player in left back Rafeal Capote with no less than 12 goals, while right back Jure Dolenec scored eight for Slovenia.