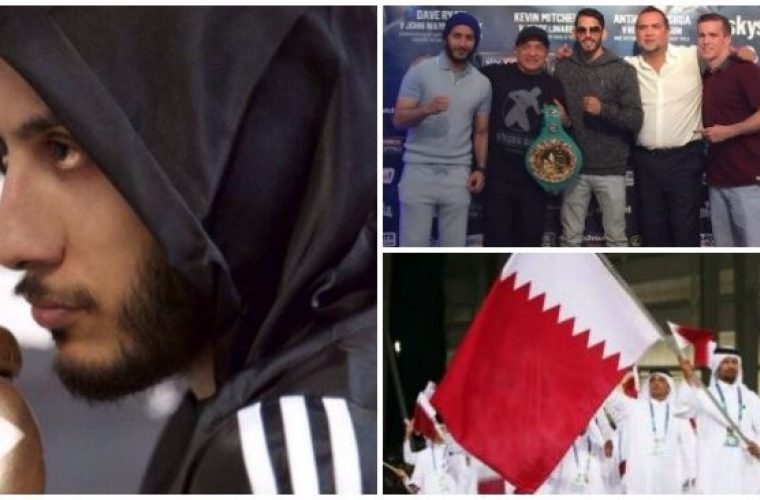 Before entering the ring, he was a young boy watching legendary fighters such as Mike Tyson, Floyd Mayweather, and Prince Naseem Hamed. All the while, his mother used to tell him stories about the greatness of the icon Muhammad Ali, who became one of Al Thani’s idols.

He started doing martial arts at the age of 12 and started boxing when he turned 15. He later moved to England when he turned 17 to study at the American Intercontinental University of London. He began boxing professionally and met one of his current trainers, Franck Bohec.

“I remember going to watch a boxing event in London and thinking I want to be here boxing.”

He has participated in various international tournaments as an amateur boxer, leading up to his big win in his first professional match in Croatia on May 7, 2016.

The 28-year old boxer says that his biggest accomplishment so far is “being the first ever Qatari pro-boxer in such a great time to be part of the sports legacy of Qatar.”

The boxer has a very determined and perseverant demeanor, with regards to both his boxing and personal life.

Speaking to ILQ he said, “Overall I like to note down and realistically look at how far I can go and how much I can grow every day in my life”.

The pro-boxer is paving the way for future boxers in Qatar and the Middle East. Living by the motto “Consistency and hard work equals success”, Al Thani is slowly but surely realizing his dreams of winning a world, becoming the first Qatari world champion, and making history.

Al Thani believes in taking one fight at a time because he is only as good as his last fight. He offers a piece of advice to all young, aspiring athletes is to “work hard, listen, and be humble. Respect the sport that you’re in and it will respect you back.”

Do you feel inspired by Qatar’s first ever pro boxer? Share your thoughts