Russia and Qatar could lose the 2018 and 2022 World Cups respectively if evidence emerges of bribery, leading Fifa official Domenico Scala has said.

The countries deny wrongdoing in their bidding processes and Scala admits he has not seen evidence of corruption.

Scala is the head of Fifa's audit and compliance committee.

He said: "Should there be evidence that the awards to Qatar and Russia came only because of bought votes, then the awards could be cancelled."

Speaking to Swiss newspaper Sonntagszeitung, he added: "Until today, the respective evidence has not been provided."

Scala made similar comments at the end of 2013 but in light of events at Fifa in the past two weeks this will be viewed as a more serious warning.

Seven senior Fifa officials were arrested last month in high-profile dawn raids at a Zurich hotel, where they had been staying ahead of their presidential election.

They are among 14 people charged by US prosecutors, who allege they accepted bribes and kickbacks estimated at more than $150m (£100m) over a 24-year period.

Swiss authorities have also launched a separate criminal investigation into how the 2018 and 2022 World Cups were allocated.

Sepp Blatter, Fifa president since 1998, was re-elected at the Zurich meeting but announced four days later that he would resign amid the corruption allegations engulfing the organisation, 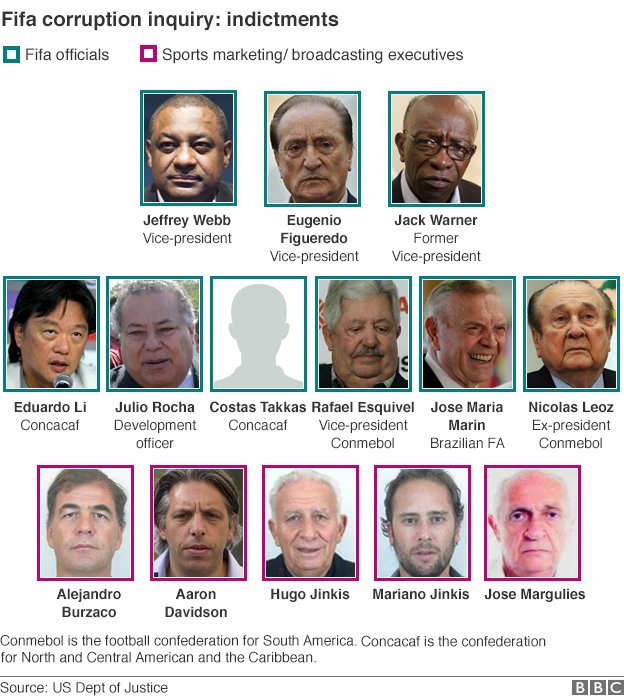 In November, findings from his two-year inquiry were released by Fifa as a summary of his full 430-page report, but Garcia complained their representation of his work was "erroneous".

Garcia quit weeks later over Fifa's handling of his inquiry and his comments reopened the debate about the validity of the bidding process.

Scala has since had Garcia's report reviewed by legal experts both in sport and outside of sport but neither were able to find grounds to alter the award of either tournament at this stage.