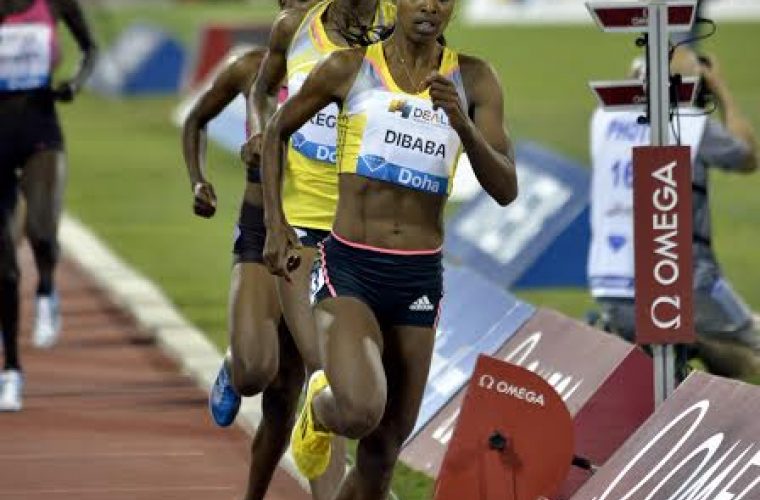 Rudisha’s appearance in the Qatari capital, the seventh of his career, will signal the Kenyan’s eagerly anticipated comeback after a knee injury cut his season short after just two races last season.

“Of course I was injured last season,” said the 25-year-old Kenyan, who won in Doha last year for the fourth time. “That was disappointing but I’ve worked hard to get fit and healthy again and I am looking forward to running 800 metres again in Doha.”

But for the home crowd, no appearance will be as keenly awaited as high jumper Mutaz Essa Barshim’s, as Qatar’s biggest athletics hero takes the stage as the freshly-minted world indoor champion.

“I always want to give my best,” said Barshim, who after a third place finish in 2011 and runner-up showing last year will be looking for his first victory on home turf. “It’s my home town. My family and friends are there. You just want to do your best. I hope to do something better this year.”

He won’t have it easy with Olympic champion Ivan Ukhov of Russia leading the challenge. Ukhov topped 2.42m in February, a height which only World record holder Javier Sotomayor has surpassed either indoors or out. Barshim defeated Ukhov at the World Indoor Championships last month so you can expect the fiercely competitive Russian to seek some solace with revenge in the Qatari’s backyard.

“We know that he thrives on strong competition so we’re also very pleased that he will be challenged by Ivan Ukhov, yet another Olympic champion to compete in Doha this year. This great duel shows our commitment to bringing the best athletes to Doha and to showcase another meeting to remember.”

There will be a complete reunion of the London 2012 podium with Erik Kynard of the U.S., the Olympic silver medallist, as well as Canadian Derek Drouin andBriton Robbie Grabarz, who shared bronze with Barshim, also in the field.

Rudisha, who produced one of the finest moments in Olympic history with his spectacular 1:40.91 world record run in London, has been a familiar fixture in Doha since his first appearance in 2007. That year, as a junior, he finished sixth, but returned the following year to claim his first victory in 1:44.36. He was fourth in 2009 but bounced back with solid victories in 2010 and 2012, clocking 1:43.00 and 1:43.10 respectively, both early season world leading marks.

“I am very happy to be coming back to Doha. It’s a meet that has always had good races and been a good start to my season,” Rudisha said. “This is a year without a major Championship so I have time to progress and get back to my best. I hope to run in Glasgow at the Commonwealth Games however before that I am pleased to be back running in the Diamond League meetings.”

“We are really looking forward to welcoming back David Rudisha for the second time after his historical performance at the London Olympics,” said Qatar Athletics Federation Secretary General Mohamed Al-Kuwari. “He truly is one of the best athletes in the world, already a legend of his event. Like many other athletics fans, we will be very interested to see him back in competition after he missed most of last season due to injury.”

Leading the charge against the Kenyan will be Nijel Amos of Botswana who finished second to Rudisha in London clocking a world junior record 1:41.73, while Qatar will be well represented by national record holder Abdulrahman Musaeb Bala (1:43.93), the 2013 Asian champion and rising star Jamal Hairane. Andrew Osagie, another London 2012 finalist, will also be in the field on the heels of his second successive world indoor bronze medal-winning run.

Despite Rudisha and Barshim’s credentials, the most exciting track and field athlete in the world at the moment is Genzebe Dibaba who will headline the women’s 3000m contest in Doha.

In a span of just five days in February, the 23-year-old Ethiopian shattered two world indoor records, first over 1500m in Karlsruhe, Germany and then at 3000m in Stockholm.

Her 3:55.17 run in the 1500m knocked more than three seconds from the previous mark while her 8:16.60 performance in the Stockholm 3000m smashed the old record by more than seven seconds. It was the fastest performance the world has witnessed since 1993 indoors or outdoors; only three women have ever run faster, all outdoors.

Dibaba, the younger sister of Olympic champion Tirunesh, then capped her indoor campaign with a world 3000m title in Sopot last month. With that sort of momentum, she’ll be extremely difficult to beat.

Kenyans appear poised to provide the strongest challenge, led by Mercy Cherono, the 5000m silver medallist from last year’s World Championships. Viola Kibiwott, fourth in the 2013 world 5000m final, and Hellen Obiri, the world bronze medallist last year in the 1500m, are also in the field. Dibaba’s compatriot Almaz Ayama, the 2013 world bronze medallist over 5000m, is also on the slate.