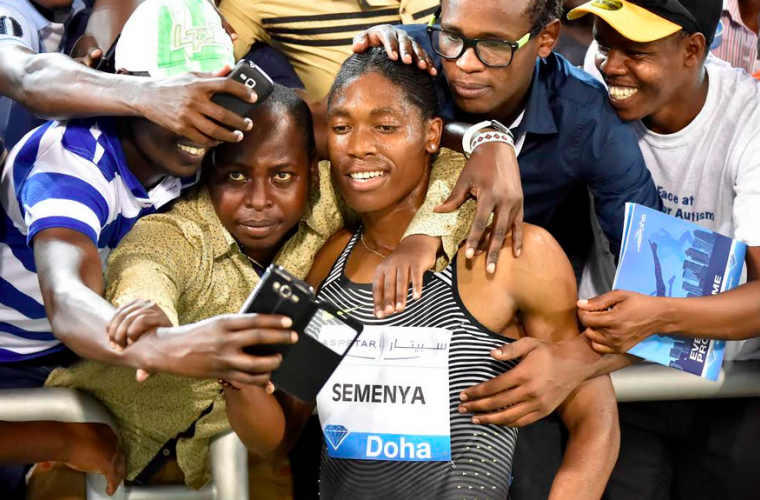 With the Doha 2017 Diamond League now less than 6-weeks away, some of athletics’ biggest female stars have been added to the world-class line up of Olympic and World Champions that will open their outdoor seasons in Doha. Tickets are on sale now at www.q-tickets.com to watch some of the world’s best athletes reignite rivalries from Rio 2016 for a thrilling night of world-class athletics at Qatar Sports Club on 5th May.

The Women’s 800m event will witness some of the fiercest competition at this year’s event, with an epic showdown promised between the three Rio 2016 Olympic medallists Caster Semenya, Francine Niyonsaba and Margaret Wambui. Semenya, who won South Africa’s first ever Olympic track gold at Rio 2016 after winning silver at London 2012, and had an unbeaten season last year, will surely look to secure the top spot from rivals Niyonsaba and Wambui. Burundi’s Niyonsaba won silver in Rio 2016 and with it also made history - becoming her country’s first-ever female Olympic medallist, and securing Burundi’s second ever Olympic medal. 21-year-old Wambui of Kenya is the 2014 World Junior Champion and last year won the IAAF World Indoor Championships before taking Olympic bronze, showing her exceptional talent and setting up an unmissable 800m race in Doha.

The women’s 3000m steeplechase is also set to be electrifying as another thrilling Rio 2016 Olympic final will be re-created. The top six athletes and 11 athletes in total from Rio 2016 will line up for the Doha event, which will see Ruth Jebet, Hyvin Kiyeng and Emma Coburn - the Rio 2016 Olympic gold, silver and bronze medallists respectively compete head-to-head once again. Jebet flew past the competition in Rio to become Bahrain’s first-ever Olympic gold medallist and finish less than a second away from the world record set at the 2008 Beijing Olympics. Still only 20 years old, Jebet was in top form last year and will seek to continue her dominance in Doha, especially after having run the second-fastest 3000m steeplechase ever for women. Kenyan Kiyeng and USA’s Coburn will also be eyeing an opening victory to their seasons after an incredibly close race in Rio, and the first meeting of the Diamond League in Doha is a chance to start their outdoor season with a bang.

Fans can expect to see further Olympic medallists in the women’s shot put, which will see Rio 2016 gold medallist Michelle Carter of the USA, and bronze medallist Anita Marton from Hungary battle for maximum points. Carter was crowned Olympic Champion in Rio after an astounding throw of 20.63m in the sixth and final round, breaking her own US record in the process, and beating two-time Olympic Champion Valerie Adams. The Doha Diamond League will witness an exciting battle between Carter and Marton, who set a Hungarian record with her bronze medal winning throw in Rio, as Carter aims to continue her massive success from last year – which saw her also take home the gold medal in the IAAF World Indoor Championships in Portland March 2016.

Tickets are priced from just QR50 and are on sale now at www.q-tickets.com to witness the unmissable evening of athletics at Qatar Sports Club on Friday 5th May from 5-9pm. Further athlete announcements will be made in the build-up to the event and you can keep up to date on all news on the Diamond League website and social media channels.

Doha first staged a major athletics event in 1997 with the Doha Grand Prix, which was elevated to the Super Grand Prix in 2005. In 2010, Doha hosted the first-ever IAAF Diamond League fixture which has continued to grow in strength every year and provides an ideal opening to the outdoor season. Doha’s hosting of world-class athletics events goes beyond the Diamond League season with further major events including the 2010 IAAF World Indoor Championships and the upcoming 2019 IAAF World Championships, which will be the first-time that athletics’ flagship event will be hosted in the Middle East.