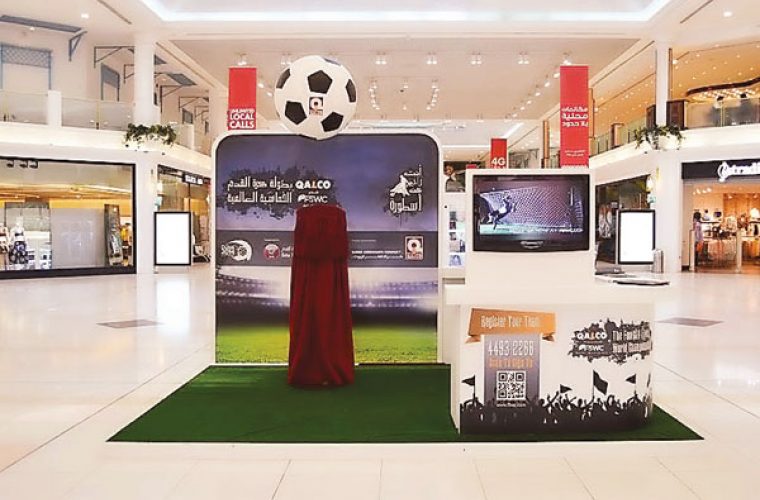 Qatar Lubricants Co, the official sponsors of F5WC Qatar qualifiers, has opened a registration kiosk (left) for the football championship at Landmark Mall. Launched on March 2, Qalco invited the public to sign up for the qualifying rounds of the Football Five’s World Championship in Qatar that is expected to kick off next month.

The victorious team from Qatar will win an all expenses paid trip to Dubai including three nights stay at the Marriott Hotel from June 12 to 14, while competing against 31 other countries at the Dubai World Trade Centre. Prizes will also include football kits and tracksuits as well as VIP treatment for the players.

Local qualifying rounds in Qatar will be held on Fridays & Saturdays in April and May 2014. There will be group stage tournaments, in which the winning teams will proceed from the pre-qualifying stage to the Qatar Finals. A total of 32 teams will be competing on the Finals Day that will be held on Friday 23rd May. The winning team from Qatar will be sponsored by Qatar Lubricants.

“In addition to taking registrations, the kiosk will offer a variety of services, including tournament information, registration details, and option of payment through cash.” said Mr Fawad Rana, Managing Director, Qatar Lubricants. “Similar kiosks are also planned to be set up at other leading shopping malls”, he added.