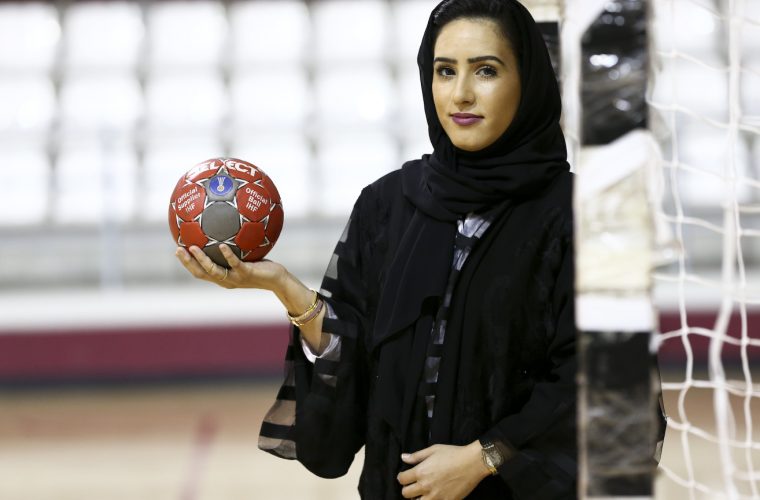 9th May 2015 – Doha, Qatar: The Qatar Olympic Committee (QOC) will proudly host a Women in Sport Media Workshop in cooperation with the International Olympic Committee (IOC) and Olympic Council of Asia (OCA). This latest high profile initiative provides a further example of the QOC’s commitment to become a leading nation in creating opportunities that drive dialogue and insight for the benefit of global sports development.

The two-day workshop, which will take place in Doha on 15th and 16th May 2015, aims to raise awareness about the important role and contribution of the media in achieving gender equality in sport. The QOC looks forward to welcoming a number of IOC Members, including President of the OCA, Sheikh Ahmad Al-Fahad Al-Sabah, President of the African National Olympic Committees Intendant General Lassana Palenfo, and Chair of the IOC Women and Sport Commission, Lydia Nsekera. Highly respected male and female speakers representing the media, Continental Associations and NOCs leaders; Olympians and Athletes as well as the business world will be taking to the floor to address the key potential of the media to accelerate the changes towards complete gender equality.

National Olympic Committees from Africa, Asia and Oceania have been invited to nominate practicing sports journalists, male or female, to take part in the workshop and over 100 participants have already registered.

“It is an honour for the Qatar Olympic Committee to host this ‘Women in Sport Media’ Workshop in cooperation with the International Olympic Committee and Olympic Council of Asia. We are extremely supportive of the work of these two organisations in encouraging and supporting the promotion of sport at all levels in Qatar and across the continent. The QOC is fully committed to furthering the development of sport in Qatar and across the whole region, and the role of the media in promoting sporting heroes and role models is vital to ensuring that the level and participation of men and women in sport continues to rise long into the future. We look forward to fruitful discussions over the two-day workshop about how the media can assist with the achievement of gender equality in sport.”

Sport for women and girls in Qatar is led by the Qatar Women’s Sport Committee (QWSC), which was established in 2001 to assist with improving and enhancing women’s sports participation and performance, as well as increasing awareness of the importance of physical activities. The Committee has considerably advanced Qatari women's participation and performance in sport and, in 2013, President of the QWSC, Ahlam Salem Mubarak Al Mana, a pioneer for women’s and girls’ sports rights, was presented with the IOC’s World Trophy at the IOC Women and Sport Awards for her contribution to the development of women’s participation in sports and sports administration.

Mrs Al Mana, who will be participating in the workshop, said:

“The Qatar Women’s Sport Committee is working hard to further strengthen female participation in sport. Positive promotion of female athletes and role models through the media will be essential to helping us achieve our targets and we are very much looking forward to discussing how this can best be achieved at the Women in Sport Media Workshop.”

The QWSC is aligned with the IOC’s Women in Sport Commission, which was established in 1995 to deploy suitable policies for promoting and strengthening women’s participation in sport at all levels. The IOC Women and Sport strategy includes an educational and training programme aiming to enable women to take leadership positions within the sport movement. In addition, the IOC reaffirmed this commitment with the adoption of their Olympic Agenda 2020 reforms, which include a recommendation to “Foster gender equality”. The IOC aims to achieve 50 percent female participation in the Olympic Games and to encourage the inclusion of mixed-gender team events.

President of the International Olympic Committee, Thomas Bach, was recently named as a “HeForShe” Ambassador by UN Women, as part of their solidarity campaign for gender equality and women’s rights around the world. He said:

“The International Olympic Committee has long championed gender equality and the empowerment of women. Through our Olympic Agenda 2020 reforms, we are even more firmly committed to using sport and physical activity to further this cause. We know that sport challenges gender norms and defies negative stereotypes. It helps break down barriers and challenges gender norms, not only on the field of play, but also in the workplace, in the home, in schools and in other aspects of society.”

The workshop will consist of presentations, panel discussions and working groups, which will discuss a number of topics relating to the role of media in women’s sport participation including media coverage of women’s events, media portrayals of female athletes, critical reflections of press commentary and promotion of women leaders through media.