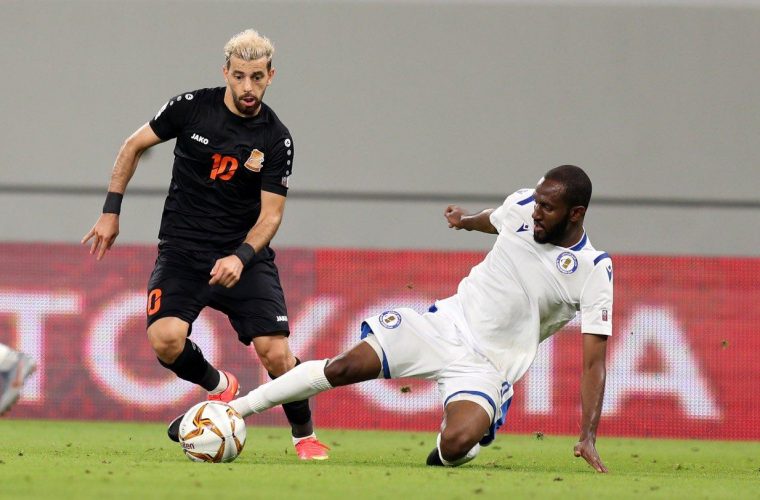 Al Khor secured a fantastic 1-0 victory over Umm Salal in a memorable match in Week 2 of the 2019-20 QNB Stars League at the Al Janoub Stadium on Thursday.

The only goal of the game was scored by Ahmed Hammoudan in the 65th minute.

An entertaining first half saw both teams create multiple chances, with Al Khor being the most dominant of the sides. Tiago Bezerra first went close after muscling his way through the opposition defense, before Wagner Dos Santos saw his curling effort drift just wide of the upright.

With the opening period coming to an end, Umm Salal were the side in the ascendency and Lawrence Qwaye saw his goal-bound shot deflected over, with the subsequent corner hitting the cross bar.

The away side nearly took the lead after the restart when Sagbo's header was spectacularly kept out by the outstretched arm of Rajab Hamza in goal.

Al Khor were rewarded for their overall play with a goal, thanks to Moroccan winger Hammoudan. He reacted strongly to Abdulla Al Moraisi's pinpoint cross from the right to tap home from close range.

Minutes later, Umm Salal thought they had the chance to equalize until Video Assistant Referee ruled out their penalty appeal following a knock to Yannick Sagbo. They proceeded to crank up the pressure and were denied three times by goalline clearances to keep the score at 1-0.