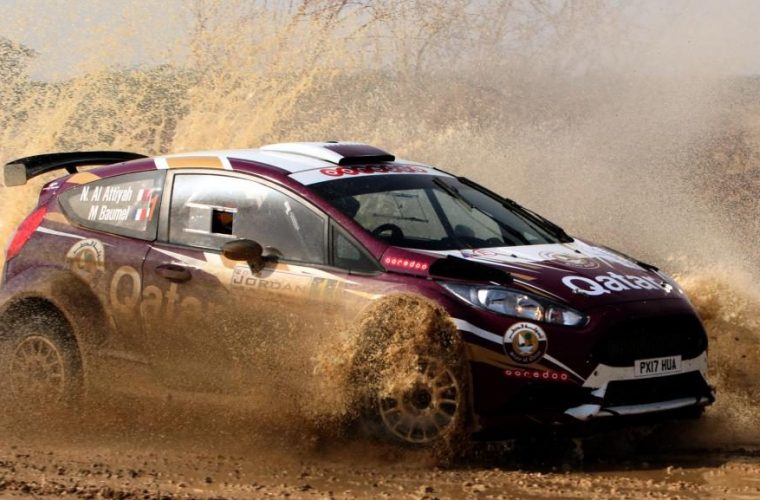 The Qatar Motor and Motorcycle Federation, also known as QMMF, is all set to host the 2018 Manateq - Qatar International Rally, which is the finale of 2018 FIA Middle East Rally Championship (MERC) and will run from 15 to 17 November.

The event will start and finish at Souq Waqif with the opening ceremony taking place on 15 November at 7 pm. This year, QMMF has introduced three new special stages to the flagship round of the regional rally championship. These include two runs through the Eraida and Al Dhakira stages, along with two runs through a new northerly Al Khor special, Al Ghariyah and the longest Al Ruwais timed test.

According to QMMF which was established in 1987 as a non-profit organization and is Qatar’s sole motor sport authority, its dynamic team has worked round-the-clock to encourage as many entries as possible for the final round of Manateq and is pleased with the result. 19 teams will participate at Manateq with drivers from Qatar, Jordan, Kuwait, Oman, Lebanon and all the way from Europe.

The three MERC, MERC 2 and MERC 3 titles were decided at last weekend’s thrilling penultimate round that took place at Kuwait’s new Kuwait Motor Town racing facility. Many of the teams that participated in Kuwait loaded their cars and equipment on a ship bound for Doha so they can take part in the exciting finale to be held by QMMF whose main objective is to promote motorsport in Qatar and all over the Gulf region with a focus on helping young drivers develop their skills and passion. These teams will be joined by a host of other drivers and a number of teams that are all set to make their MERC debut in Qatar.

QMMF promises an adrenaline-pumping three-day event that will be filled with thrill and lots of excitement. Part of the excitement will be watching the intense clash between 14-time regional champion Nasser Saleh Al-Attiyah from Qatar in his Ford Fiesta clash and the Czech rival Vojtĕch Štajf in his Škoda Fabia R5s for the MERC 2 or showroom category. As of now, the two drivers are separated by 32 points.

Other entries from Qatar are the returning Abdullah Al-Kuwari, 1993 regional champion Sheikh Hamed bin Eid Al-Thani, Mohammed Al-Meer and Rashid Al-Mohannadi. Kuwait will be represented by Essam Al-Nejadi and MERC 2 champion Meshari Al-Thefiri; and Lebanon by the new MERC 3 champion Henry Kahy along with his Jordanian navigator Musa Djiyerian.

The surprise package this year is the impressive six-car entry from the Sultanate of Oman. Abdullah Al-Rawahi is a regular in the regional series, but the Top Team Oman Subaru Impreza driver will be joined in Qatar by five other crews. Three Mitsubishi Lancers are listed for Humaid Al-Waili, Jarah Al-Tauqi and Saif Abdullah Al-Harthy and a further two Subaru Imprezas for Zakariya Al-Shanfari and Oman-based Shaun McGonigal.