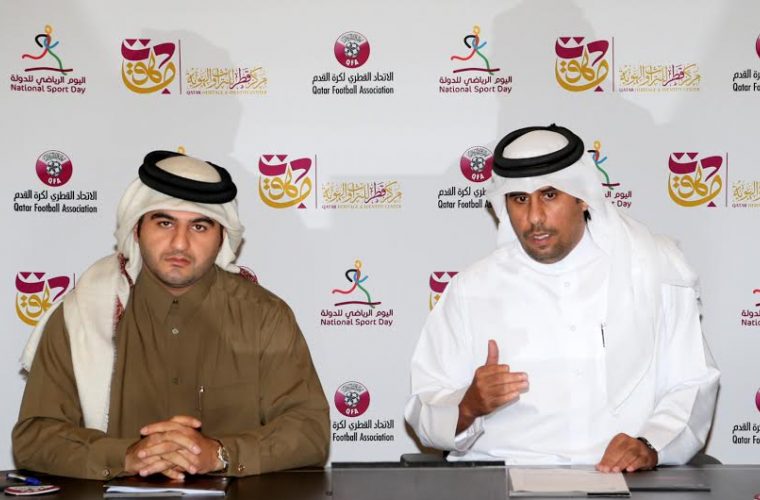 Qatar Football Association (QFA) and Qatar Heritage and Identity Centre (QHIC) announced today that they will be collaborating this year to organise the first ever “Lawwal Clubs Tournament”. The tournament will take place on the 9th, 10th and 11th of February and will be held at Doha Stadium. In celebration of Qatar National Sports Day, the tournament will comprise of six teams that are named after the first football clubs that were formed in Qatar. The six participating teams are Al Maaref, Al Tahreer, Al Huriya, Al Ta’awon, Al Ahrar, and Al Orooba. The word lawwal in Arabic literally means old times. The idea of the tournament stems from QFA and QHIC’s objective to portray the history of football in Qatar from back in the 1950’s. Khalid Mubarak Al Kuwari, Director of Marketing and Communications in QFA said: “We are delighted to collaborate with QHIC for the first time to bring together a tournament that allows the general public to relive Qatar’s rich culture and heritage. QFA and QHIC aim to tie generations together through organising this tournament. This tournament will also exhibit the history of football in Qatar back in the day.” Talal Al Mawlawi, Director of Public Relations and Communications in QHIC commented: “We are very proud to be partnering with QFA on this tournament, especially that the Qatar Heritage and Identity’s goal is to portray our past heritage and reinforce the identity of our country in various fields, specifically the field of sports.” He added: “This tournament will have a direct positive impact on introducing and bridging the gaps between the older and current generations. It will serve as a tool to introduce the current generation to the history of football in Qatar.” The six participating teams will be divided into two groups and matches that are played on 9th and 10th of February, 2014 will begin at 4:00pm and end at 8:00pm. The final match will commence at 6:00pm. All matches will be played in Doha Stadium. - ILQ News -