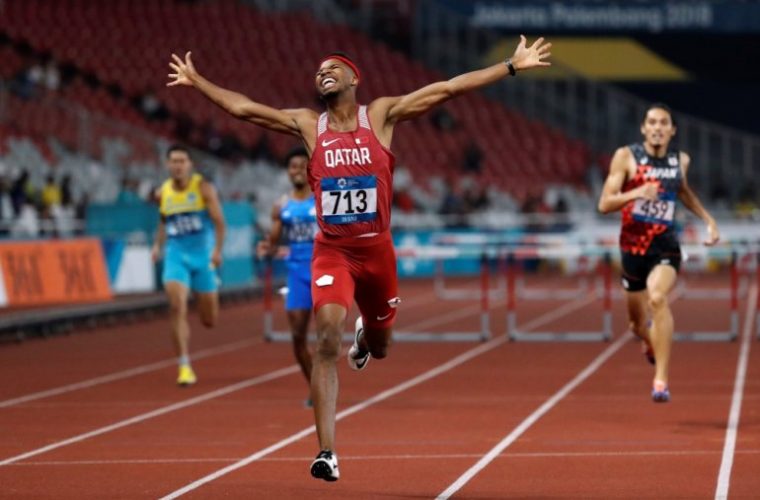 Abderrahman Samba set the tracks on fire in Jakarta and won a gold medal in record time. The Qatari favourite Samba rose to the expectations and ran a blistering 400m hurdles setting a new games record of 47.66 seconds erasing the old time of 48.42 seconds.

Qatar won another medal from the track today as Yasser Mubarak won the 3000m steeplechase silver behind Iran’s Hossein Keyhani, who set a games record of 8:22.79 minutes. Mubarak finished the race in 8:28.21 minutes and Kazuya Shiojiri from Japan bagged the bronze in 8:29.42 minutes.

Meanwhile, the Qatar handball team has reached the final in Indonesia after beating South Korea 27-20 in today's semi final match. Qatar will play in the final on Friday with the winner of the second semi-final, scheduled between Japan and Bahrain later in the day.

With this gold, Qatar’s medal tally is now three golds, two silvers and a bronze.

Qatar won two gold medals and one silver on a very busy day at the Asian Games 2018 in Jakarta on Sunday.

Abdalelah Haroun Hassan clinched the top spot in the 400 metres in 44.89 seconds, while Ashraf Elseify won Qatar its second gold medal of the day in the Men’s Hammer Throw despatching the hammer throw to a distance of 76.88 meters.