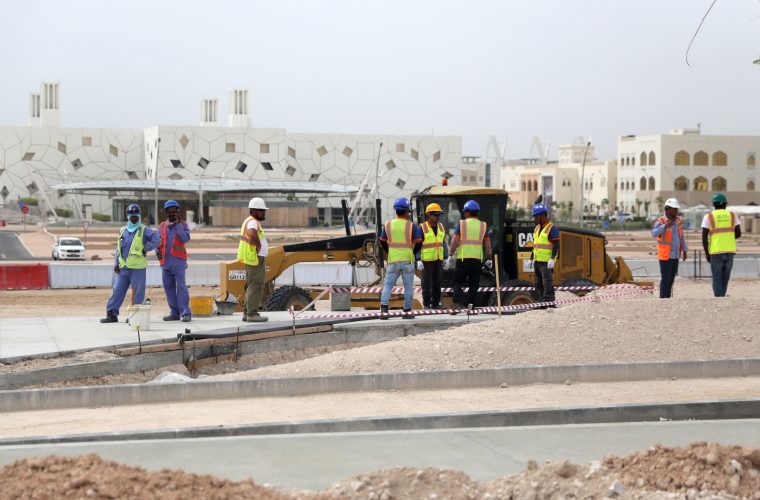 The potential of the FIFA World Cup Qatar 2022™ to accelerate progress in workers' rights was recognised at a high-profile human rights conference in Berlin, organised by global trade union Building and Wood Workers' International (BWI), according to the Supreme Committee for Delivery and Legacy (SC).

During the event, titled 'Sports Campaigning in the 2020s: Setting Strategies and Identifying Opportunities', the SC's commitment to ensuring the health, safety and welfare of the 27,000 workers building Qatar's stadiums and other tournament infrastructure was discussed as part of a broader debate on the responsibility of mega-event organisers to respect human rights.

Participating in a panel titled 'Shifts and Goals: The Changing Global Sports Governance', Mahmoud Qutub, Executive Director of the SC's Workers' Welfare Department, spoke alongside Federico Addiechi, FIFA's Head of Sustainability & Diversity, about Qatar's ongoing commitment to safeguarding workers' rights and setting new benchmarks for the region ahead of the tournament.

Qutub highlighted the lengths the SC has gone to in order to bring about positive change in workers' welfare and deliver a legacy across Qatar and beyond. He detailed key initiatives led by the SC's Workers' Welfare Department, including robust audit, inspection, compliance and enforcement standards, the reimbursement of illegal recruitment fees, and improvements in workers' accommodation and grievance mechanisms.

Qutub said: "Since 2016 we have worked closely with BWI on enhancing the work we have carried out in protecting our workers.

"We have made significant progress, but there is still a great deal of work to do. The very nature of the construction industry and its complex supply chain is a challenge – however, we continue to work closely with our contractors to navigate this in order to safeguard our workers.

"The legacy of this tournament has always been just as important as its delivery. With 27,000 workers, we are not the biggest player in Qatar's construction industry, however, we have a big voice and we use it well. We are already living the legacy of the World Cup."

With three years to go until Qatar 2022 kicks off, Addiechi shared his thoughts about the tournament's potential to drive positive change.

Fielding questions on previous and future editions of the FIFA World Cup, Addiechi explained how FIFA's role in addressing the issue of human rights has evolved.

He said: "There is real value to be brought by BWI and similar stakeholders in relation to mega-sporting events. The case of Qatar is a positive example because we have all witnessed the evolution. We have not seen a human rights commitment like this before on a World Cup programme. Everyone has a role to play but if there is any credit to be given it has to be given to the Supreme Committee for their clear commitment to identifying issues and solving them."

He said: "In the past several years our relationship with Qatar and FIFA has transformed. The conversation has moved forward and the collaboration continues."