Qatari woman aims to be first to climb Mount Everest

Sheikha Asma Al-Thani aims to become the first Qatari woman to climb Mount Everest in April/May this year as part of her drive to inspire women and young people in the region to challenge stereotypes and fulfil their dreams.

Sheikha Asma will travel to Nepal on 1 April to begin her trek to Everest Basecamp for acclimatization, before attempting to summit Everest in mid-May if conditions allow.

Everest represents the toughest challenge yet on Sheikha Asma's journey to become the first woman from the Middle East to complete the Explorers Grand Slam, which involves climbing all of the Seven Summits and reaching the North Pole and South Pole. She is only the third Qatari to ever attempt the climb and, if successful, would become the first Qatari woman in history to stand 8,849 meters above sea level.

Sheikha Asma Al-Thani said: "I have dreamed of climbing mountains ever since I was young. A dream which has always been ignited by my love of sport and its ability to inspire.

"In my extensive work within sport in Qatar, I have seen first-hand the powerful impact that sport and its incredible athletes can have on the lives of so many. If they fall, they always get up and try harder. And if they lose, they always rise stronger. Ultimately, they inspire us all to be better versions of ourselves.

"I climb mountains because it challenges my limits. And it is my hope that, by taking on the worlds highest mountains, I can challenge the stereotypical image of the traditional explorer and empower women and youth in the region to challenge themselves and dream bigger."

An avid adventurer, Sheikha Asma has already completed three of the nine Explorers Grand Slam challenges. In 2018, she became the first Qatari to ski the last degree to the North Pole as part of an international team of women from across Europe and the Middle East, and the first Qatari woman to summit Aconcagua in 2019. Prior to this, in 2014, she was among the first group of Qatari women to summit Kilimanjaro.

"This has been a journey of firsts, but this is not my focus. My ultimate dream is to be the first of many Qatari women to achieve such feats. Together we can all work to inspire the next generation of women to achieve their dreams," said Sheikha Asma.

Sheikha Asma Al-Thani is aiming to inspire women and young people across the Middle East. She is also a senior official in the Qatar Olympic Committee and a key driving force behind major Qatari sports projects. 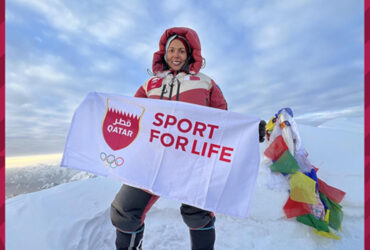 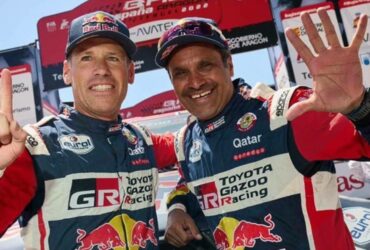 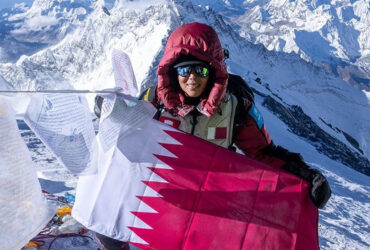