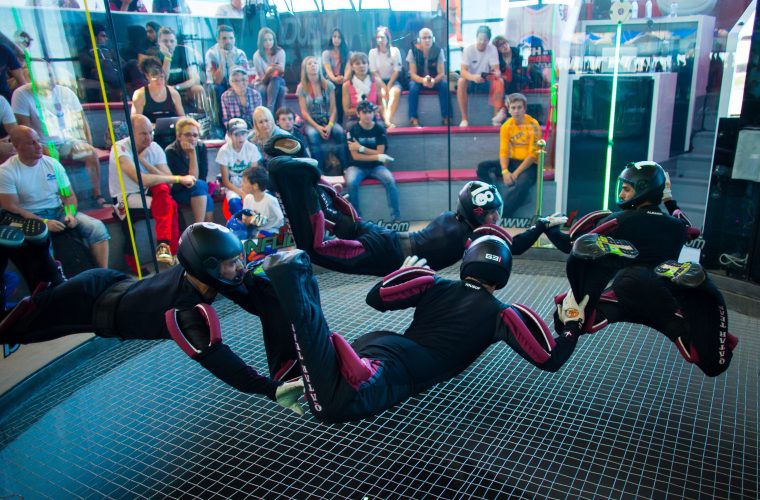 Two teams of Qatari skydivers took to the world’s biggest indoor skydiving tunnel on Thursday (Nov 26) as the action got underway in the US$200,000 Clash of Champions at Inflight Dubai in the UAE.

The teams - Qatar Tigers and Qatar Falcons - are competing in different categories with the Tigers in the 4-Way Formation event and the Falcons pitting their wits against the world’s best in the 8-Way Formation category - all flying indoor and without the need for an aircraft or a parachute.

Teams compete over a number of timed rounds in Inflight Dubai’s state-of-the-art 5.03m x 20.73m indoor tunnel with scores ongoing until the winners are declared on Saturday (November 28).

As well as male and female competitors competing against each other, the event is also open to flyers of all ages with schoolboys and girls flying against their bigger and older rivals.

“We are delighted with the number of international teams that have made the effort to come to our first ever major competition at Inflight Dubai,” said Meet Director Freddy MacDonald. “It’s taken a lot of organisation but everyone at Inflight Dubai has pulled together to make this possible and we are all focused on giving every flyer the experience of a lifetime.”

Praise for the Inflight Dubai facility has poured in from athletes and official alike with commentator Ged Parker describing it as “magnificent”, while Lesley Gale from Skydive magazine added that Inflight Dubai has “… everything that an indoor skydiver needs - the organisers have really given the athletes a tunnel that is the best in the world for this type of competition.”