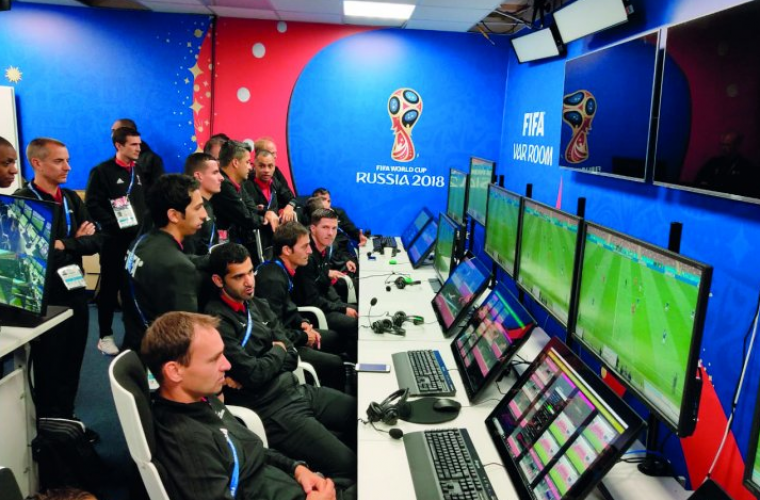 Qatari referee Abdulrahman Al Jassim yesterday made his World Cup debut when he officiated the match between Serbia and Costa Rica in Samara, Russia.

The 30-year-old Al Jassim was part of the Video Assistant Referee (VAR) team for yesterday’s Group E match which Serbia win by 1-0.

Al Jassim, who dreams of hosting the 2022 World Cup final at home, was selected as part of the 13 VAR officials for the ongoing World Cup by FIFA. He officially got his FIFA badge in 2013 and is the only AFC referee selected to the VAR group with three from CONMEBOL and nine from UEFA.

Al Jassim has plenty of experience in VAR as he officiated domestic matches regularly the last season. Qatar used VAR in the prestigious Amir Cup and Qatar Cup competitions.

Prior to his departure to Russia, Al Jassim said he was proud of representing Qatar at the World Cup.

“Nothing is impossible in life and I am still working to achieve my goal. I want officiate in a World Cup match but now I am a Video Assistant Referee. My goal, however, is to be the referee at the 2022 World Cup final in Qatar,” he said. Al Jassim is not the only referee to take part in the ongoing World Cup as compatriot Taleb Al Marri is also set to make his debut at the World Cup.

Al Marri will serve as an assistant referee when Poland will meet Senegal tomorrow. He is among the 10 referees who are representing the Asian Football Confederation (AFC) in the 32-team tournament. Iran, Uzbekistan and Saudi Arabia each will have two representatives in the list of 10 assistant referees. Other AFC assistant referees are from the Bahrain, the UAE and Japan.

“I am proud to be the first referee to represent Qatar in a World Cup,” Al Marri had tweeted after being selected as an assistant referee. (Source)