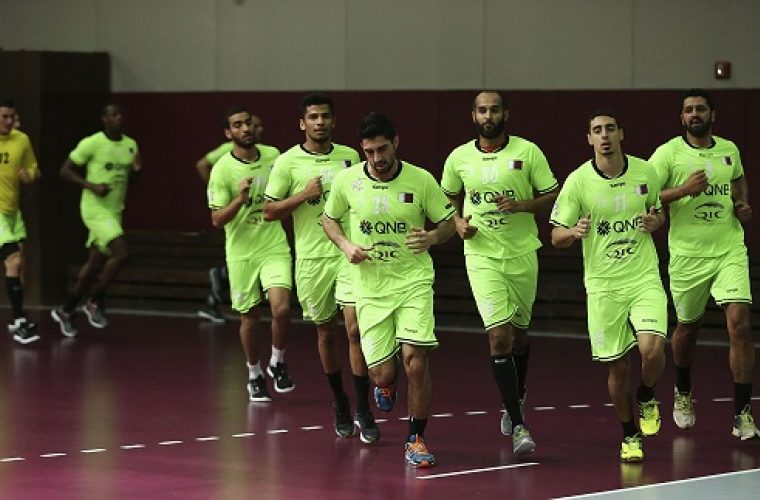 With just over 50 days to go to the Rio 2016 Olympic Games, Qatar’s 2015 Men’s Handball World Championship runners-up will make history as they head to the Olympics for the first time ever.

“At the start of the World Championships no one was really expecting us to even get to the second round,” said team playmaker Kamal Mallash, 24, adding, “So it was an honor to reach the final of the Men’s Handball World Championship and make history as the first Arab team to get to that level.”

Led by experienced coach Valero Lopez, and helmed by Captain Abdulrazzaq Murad, the Qatari handball team went from being the underdog of the 2015 Men’s Handball World Championship to its unlikely silver medalists, after losing narrowly to World and Olympic Champions France in the final.

The secret to the team’s historic success stems from a Spartan approach to training, discipline and hard work:

success. We strive to excel and never leave anything to chance,” said Yousef Bin Ali, 28, who plays the centre forward position on the team. Right-back player Zarko Markovic adds: “I think it’s more about work than about talent. You must work very hard to try every day to be professional and never give up.”

Their daily training regime often includes two sessions and consists of gym work, running, and practicing tactics in an attempt to prepare athletes holistically.“Realistically there isn’t anything difficult about training,” says Murad, adding, “It all depends on your focus.”

For most of the team, handball is something they grew up with:

“I started handball when I was 7 years old. It’s a family heritage for me, my father was a handball player so I followed in his footsteps.” said Mallash, while Captain Murad adds: “Handball is my life. I love the speed of the game. The art that is involved and the amazing moves in the game.”

The team’s training, coupled with their talent has paid off, and they claimed the Asian Championship title in 2014 and 2016, as well as stormed their way to Rio 2016 Olympic qualification in the Asian qualifiers last December. Another key reason for their success is how well they work together as a team and this is an important part of Coach Valero’s strategy. He explains:

As the first Qatari handball team to ever compete in the Olympic Games, they hope to achieve something beyond securing a spot on the podium:

“Before the World Championships not many people here really knew about handball. But now more people are interested in it and every time we succeed we gain new fans,” Abdullah Al-Kirbi, 25, said, adding, “We made a name for ourselves after the World Championships around the world which is something we need to preserve. It’s not about getting a silver or gold medal but preserving the reputation we made for ourselves.”

Now with Rio 2016 right around the corner, the Qatari handball team know what they are up against:

“In Rio there are only 12 teams, so they are the best of the best,” said Mahmoud Zaky, adding, “Almost all the teams will be very good rivals. There will be a lot of surprises like what we saw happen in the World Championships.”

The handball team’s first match in Rio 2016 will be on the 7 th August against Croatia.