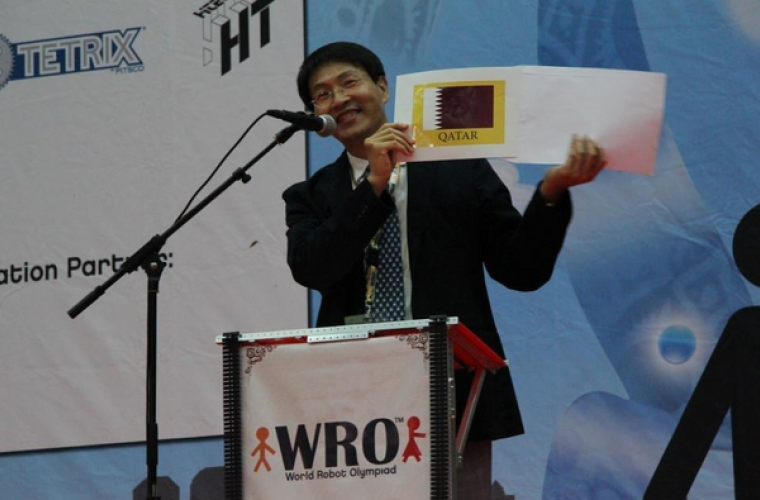 Qatar will host the 2015 World Robot Olympiad Finals (WRO) following the announcement made during the closing ceremony of this year’s WRO in Jakarta, Indonesia. This major world event for students aged 7 to 19 aims to promote science, technology, engineering and mathematics (STEM), and is currently in its 10th year. The bid to host the 2015 Finals is part of the partnership between Maersk Oil Qatar, College of the North Atlantic – Qatar, the Supreme Education Council and Qatar Petroleum under the GO ROBOT schools programme, which has involved more than 1,500 students in the past two years. Winning means that Qatar will now welcome over 2,000 participants from around the world in 2015, and get to enter up to 36 competition teams. Sheikh Faisal Al-Thani, Deputy Managing Director at Maersk Oil Qatar, added “Congratulations to the whole team. This is an outstanding achievement. Maersk Oil Qatar operates one of the world’s most complex oil fields, offshore at Al Shaheen, so the opportunity to host the World Finals in Qatar will be a fantastic boost for STEM in the country, and a catalyst for even greater local participation and interest in technical disciplines. My hope is that this will encourage many of these students to use their interest in STEM subjects and become future leaders in Qatar’s energy industry.” Dr. Theodore Chiasson, Dean of Information Technology at College of the North Atlantic - Qatar and national organiser of the WRO in Qatar, said “This is an incredible result, and we are delighted to be able to bring this prestigious event to Qatar for the first time. With the experience gained over recent years in hosting the Qatar National Robot Olympiad and the World Robot Olympiad Arabia together with the valuable support of Maersk Oil Qatar, the Supreme Education Council and Qatar Petroleum, we knew that Qatar had a strong proposal, but this is just fantastic news.” This year’s competition saw more than 400 teams from around the world compete in Regular, Open, Gen II Football and a new College category. Ten teams from Qatar competed in the Regular and Open categories with the highest placing by ACS Doha school who were 9th in the Open category at Elementary level. Winning teams came from countries including Russia, Malaysia and the United Arab Emirates who placed first in the Secondary level Open Category. As the curtain comes down in Indonesia on another successful event, the World Robot Olympiad moves onto Russia who will be hosts for the 2014 finals. - ILQ News -