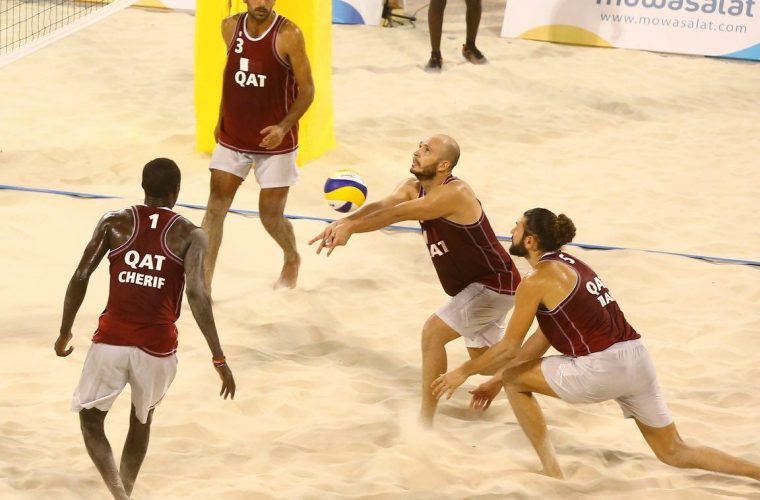 Qatar Volleyball Association (QVA) will organize two rounds within men's beach volleyball world championships. Both are held as part of the qualifying rounds for the upcoming Olympic Games in Japan (Tokyo 2020).

A QVA press statement said that the first event will be the Aspire Beach Volleyball championship scheduled for November 12-15 at Al Gharafa Beach Stadium Complex, and it is the fourth round of the 2019-2020 International Volleyball Association calendar. The second is Katara Beach World Tour to be held from 9 to 13 March 2020 at Katara Cultural Village.

Qatar's Sharif Younousse and Ahmed Tejan will be the best in the Aspire Championship ranking, as they are currently 12th in the world and ninth in the international ranking qualifying directly for Tokyo 2020. They won Aspire titles in its last two editions.

The Qatari duo also won the bronze medal at the Katara Beach World Tour after finishing third in the tournament and beating top seeds Phil Dalhausser and Nick Lucena of the USA.