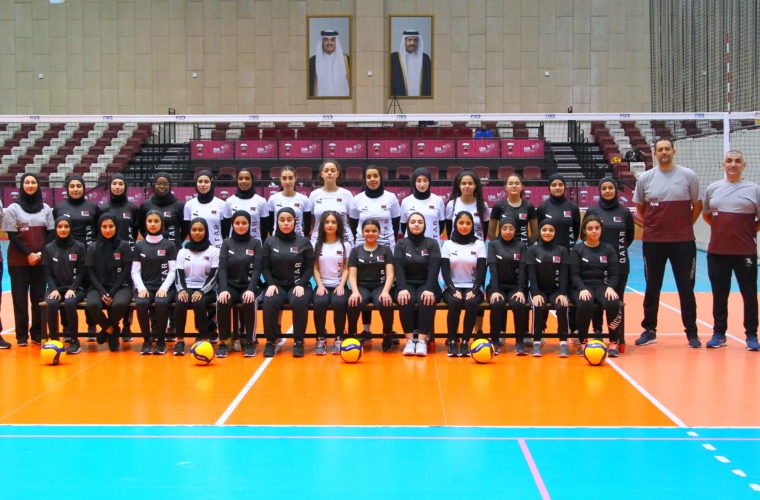 The technical staff of the national volleyball teams is working to establish women’s teams to keep pace with the progress and global status reached by volleyball (beach and indoor) in Qatar and to encourage more females to play volleyball. It supervises the training of the women’s teams, which includes 60 players. These players perform their training three times a week for two hours in the QVA hall.

Ms. Sarah Khaled Al-Misnad, QVA -member of the Board and Head of the Women’s Committee in QVA, said that the QVA , headed by the President of the Board of Directors Mr. Ali bin Ghanem Al-Kuwari, wants to create a qualified generation to represent the women’s team in the best way and at the highest levels. He works on the continuous development of the base of the game and its dissemination in Qatar, with the aim of achieving the establishment of a generation of females that can compete and represent Qatar on the Arab and international level as players, coaches or referees in the future.