Qatar tumble out USA in the 2015 World Cup of Pool 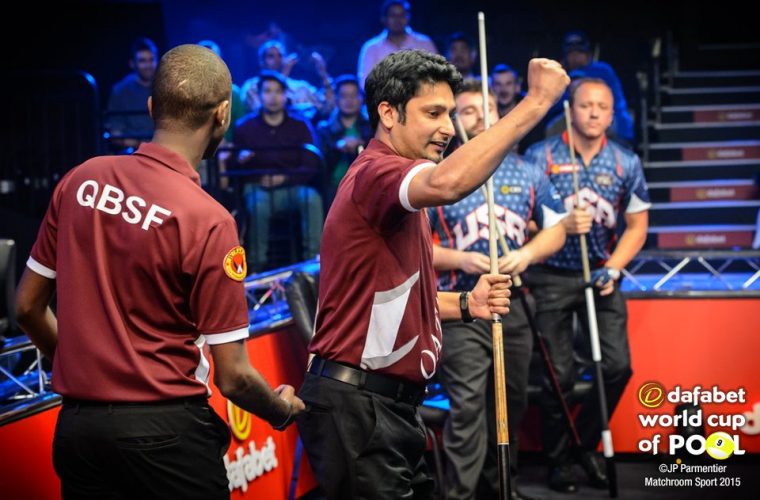 THERE was another big upset as day two of the Dafabet World Cup of Pool played out at the York Hall, London on Wednesday evening. This time it was the USA who crumbled, going down to Qatar who looked the part and definitely played it. In the other matches Holland had a comfortable win against India after getting off to a great start and the Philippines steamrollered Russia after losing the early exchanges.

Taking place at the York Hall in London, the Dafabet World Cup of Pool features 32 two-man teams from around the globe competing for a $250,000 prize fund. Televised live in over 40 countries around the world, the event is now entering its tenth year.

In the opening game Team USA (Mike Dechaine and Shane Van Boening) were left shell-shocked as they fell at the first hurdle to a lively Qatari team in front of a large noisy crowd. The score was 7-5 but there was no doubting the superior team on the day.

The Qatar team of Waleed Majid and Bashar Hussain played two superb racks to take the early lead at 2-0 and settle any nerves. The USA came back into it but trailing 2-3 Dechaine scratched while potting the 7 ball. That made it 4-2 to Qatar before the USA took the next to stay on their heels.

Qatar moved that to 5-3 with a 7/9 combo, before America won the 9th and then broke and ran to level it at 5-5. They couldn’t press home the advantage though and an outstanding 3/8/9 combo from Bashar Hussain put Qatar on the hill.

The axe fell in rack 12 when Van Boening caught an attempted safety on the 1 ball too thick and scratched. Qatar nearly made a mess of it with ball in hand but Waleed saved it with a nerveless bank on the 8 ball to set up the win.

Commented jubilant Waleed; “I am very excited to have beaten America. We didn’t just play for Qatar, we played for all Arab countries. Our federation has supported Qatari players well and we hope we can repeat this performance in the next match.

“Of course, in 9-ball anything can happen. It doesn’t matter who is the best player, if you play well you can win the match. The key moment was probably when Mike scratched on the 7-ball and we went 4-2 up, when they could have been 3-3 with the break,” he added.

Two-time runners up Holland are on track to improve upon that situation as they beat a well-supported Indian team 7-3. Raj Hundal and Amar Kang were lead in by a thundering set of drummers as they looked to get off to a good start.

However, the Dutch duo of Nick van den Berg and Niels Feijen had different ideas as they raced into a 4-0 lead to silence the crowd as they contained India to just one shot. Feijen though scratched in the next and India got on the scoreboard. They took the next and then broke and ran the seventh to get right back in the game at 4-3.

India played safe on the two ball in the next but it was a poor leave as Holland took full advantage to take a two rack lead at 5-3. Looking comfortable now, the Dutch finished off the match to set up a second round match against Japan. 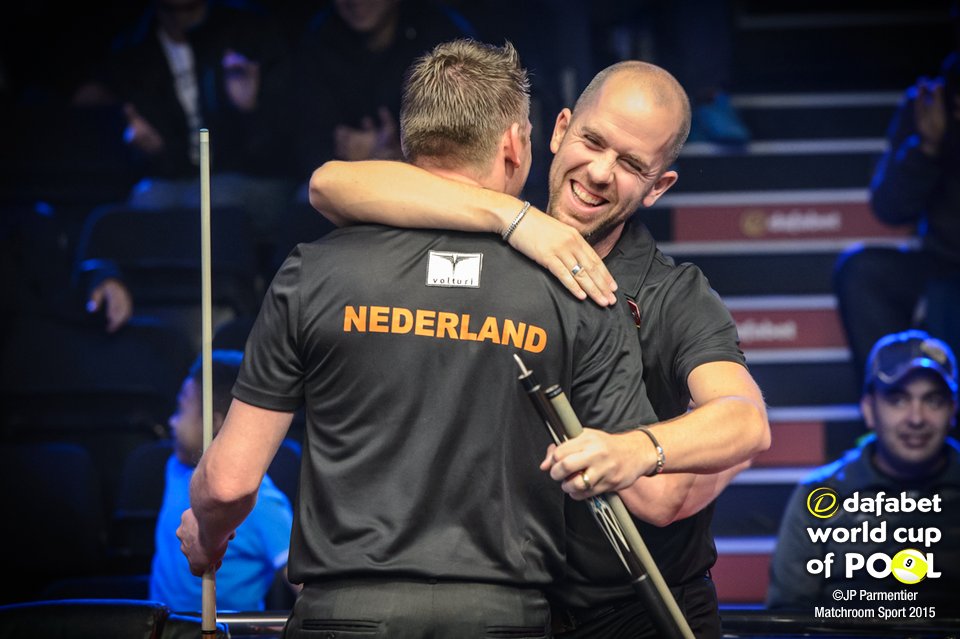 In the final match of the evening the Filipino pair of Carlo Biado and Warren Kiamco looked all business as they overcame a 2-0 deficit to best the Russian duo of Ruslan Chinakhov and Konstantin Stepanov by a 7-4 margin.

Both Philippines players were making their debut in the competition but there were enough Pinoys in the crowd to make them feel at home. After the early stutter they won six racks in a row to set up a commanding lead and although Russia rallied to win the ninth and tenth racks, the Filipinos got back in to take the match.

Commented Kiamco, “We were under pressure because this is anybody’s game so we needed to fight the pressure. Philippines has a very good history at the World Cup of Pool and for us this is our first time as a pair to be picked to play here and we are doing our best to win it again for Philippines. 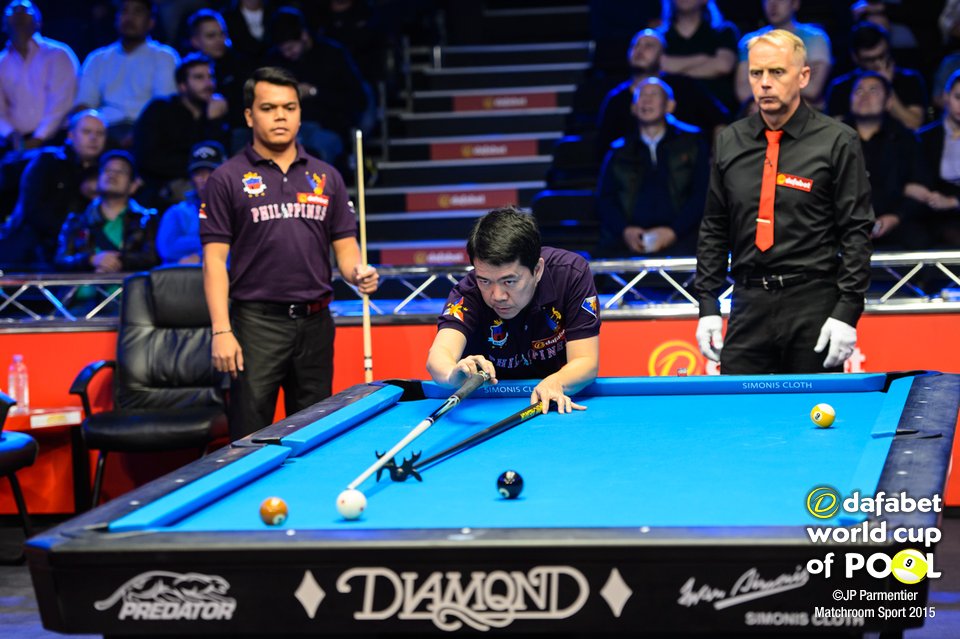 
The following broadcasters are screening live coverage of the Dafabet World Cup of Pool:

For fans outside those territories, Perform Group will be streaming the event via their www.livesport.tv service. In addition the Dafabet World Cup of Pool is syndicated around the world as 31 x 1 hour programmes by Matchroom Television.

Featuring 32 two-man teams from around the world, the Dafabet World Cup of pool is celebrating its tenth year as defending champion England attempt to become the first team ever to successfully defend the title. The event runs from 22nd to 27th September.