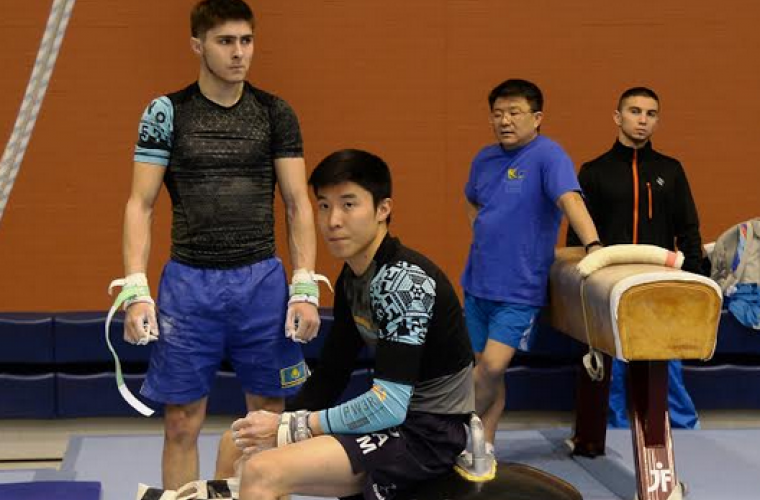 The preparations for 2016 FIG Artistic Gymnastics World Challenge Cup are in full swing. The three-day event will be held at Aspire Academy of Sports Excellence from March 24 to 26.

The Qatar Gymnastics Federation singed the sponsorship contracts with the sponsors and partners recently on the side-lines of the press conference held at Best Western Hotel to brief media on the latest arrangements for the event.

The officials of sponsoring companies said that they are keen on participating in such an event as it features the participation of word’s top gymnasts. The also stressed that hosting the world challenge cup will help develop the Qatari sports.

For his part, Mr. Ali Al Hitmi, Chairman of Organizing Committee extended his appreciation to sponsors and partners for the support to event.

Al Himti lauded the contribution of the sponsors in the success of world challenge cup and said “signing the contracts with the sponsors and partners came days before the event as the Federation is keen on maintaining the level of success, the event used to reach.”

“Hosting the World Challenge Cup for the 9th year in row is reflect the trust of International Gymnastics Federation in the abilities of the Qatari organizational abilities. The event will help us achieve the vision of the Qatar Olympic Committee which is bringing in the world together through sports” Al Hitmi added.

Al Himi also stressed that the tournament was not to achieve such success without the support of Media who played a key role in promoting for the tournament in particular and for Gymnastics in General in the state of Qatar.

The players of Kazakhstan and Armenia were arrived in Doha to participate in the event and began their training sessions at Aspire Academy of Sports Excellence.

Brazil’s Diego Hypolito will also be seen in Doha during the event. The Brazilian star gymnast won two bronze medals in World Cups in Japan 2011 and China 2014.

On the other hand, the Women’s competitions will feature the participation of Romania’s Catalina Ponor, Larisa Iordache and Diana Bulimar.

The State of Qatar will be represented by three players including Farah Tariq, Mahmoud al-Saadi and Ahmad al-Dayani.

Mr. Ali Himi wished the Qatari players can qualify to the finals of their disciplines as he stressed that those gymnasts have acquired the necessary experience to do so after sparkling at regional and international levels. (Courtesy: QOC)